Star Wars Props To Go Under The Hammer. You Could Own A Hand-Painted Ralph McQuarrie Illustration 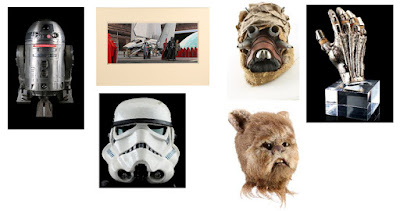 ICONIC STAR WARS PROPS TO BE SOLD IN UK AUCTION

It seems it's a weekly occurrence these days to see movie props going under the hammer and especially Star Wars.  If you're a collector and have a bank account bigger than the second Death Star then you can bid on some rather excellent lots.  For example you could win a genuine Ralph McQuarrie illustration with a whopping estimate of £120k - 180k ($145k - 218k.)  What about Samuel L. Jackson's lightsaber?  That has a more reasonable estimate of £60,000 - 80,000 ($75k - 100k.)

The auction is part of Prop Store’s Entertainment Memorabilia Live Auction and takes place on Monday 30th September and Tuesday 1st October 2019, featuring a collection of film memorabilia worth over £6 million ($7.2 million.)  A preview exhibition featuring over 250 auction lots is now open at the BFI IMAX in Waterloo, London until 1st October 2019.  Here's the rest of the press release with a list of more Star Wars lots.  Get your money ready!

Stephen Lane, Prop Store CEO, commented on the upcoming auction – “As a huge Star Wars fan myself, I’m particularly excited about some of these fantastic lots, including Luke Skywalker’s lightsaber and some incredible R2 droids! Prop Store is thrilled to be offering such iconic pieces of the Star Wars universe to fans, together with over 900 props and costumes at Prop Store’s Entertainment Memorabilia Live Auction on 30th September and 1st October 2019 at London’s BFI IMAX proudly presented by ODEON.”


The auction will be live-streamed online for fans to track the bidding on auction day. Registration is now open at www.propstore.com/liveauction. Online proxy bids can now be submitted. 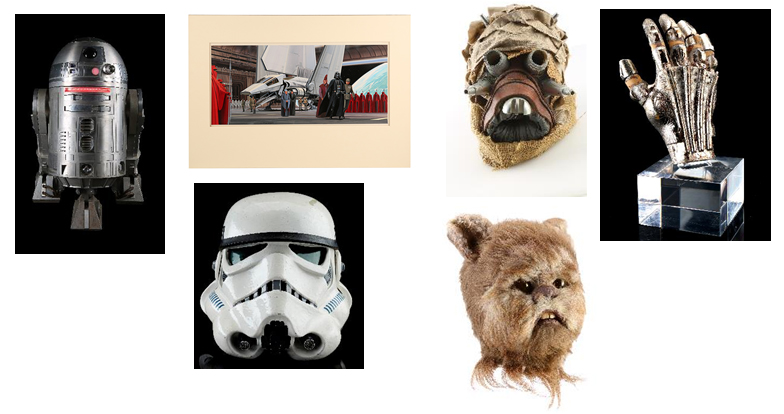