Photo of the Day - Vintage Advert For Reese's Pieces With An E.T. Theme 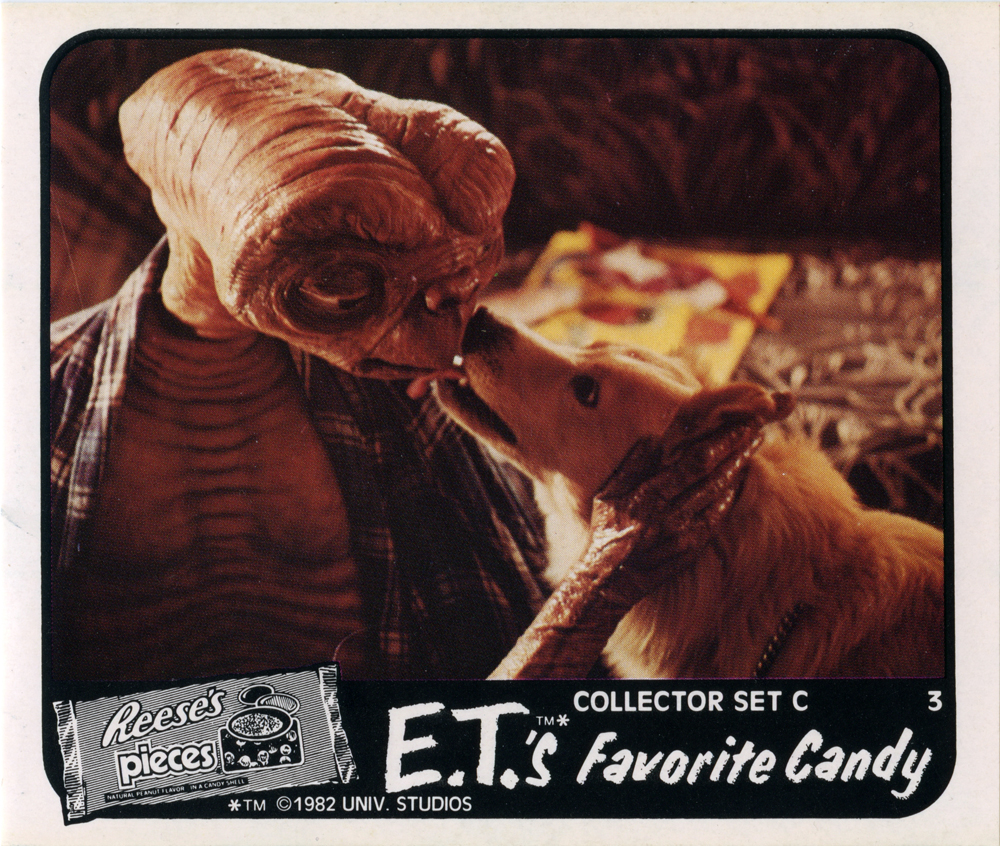 Vintage advert for Reese's Pieces which of course featured in the movie.  M&M's turned down the opportunity of being the candy of choice.  M&M's were in the original script but the Mars company didn't want their product being associated with aliens.  They probably thought the main alien in the movie was going to be bad, evil or look at taking over the human race.

Sales of Reese's Pieces outsold M&M's for the first time after the movie hit cinemas and saw a huge increase in sales by a whopping 65%.

Reese's Pieces continued their association with an alien theme and in 1984 released this rather dubious commercial.  E.T. it is not.