Photo of the Day - Harrison Ford on the set of E.T. The Extra Terrestrial 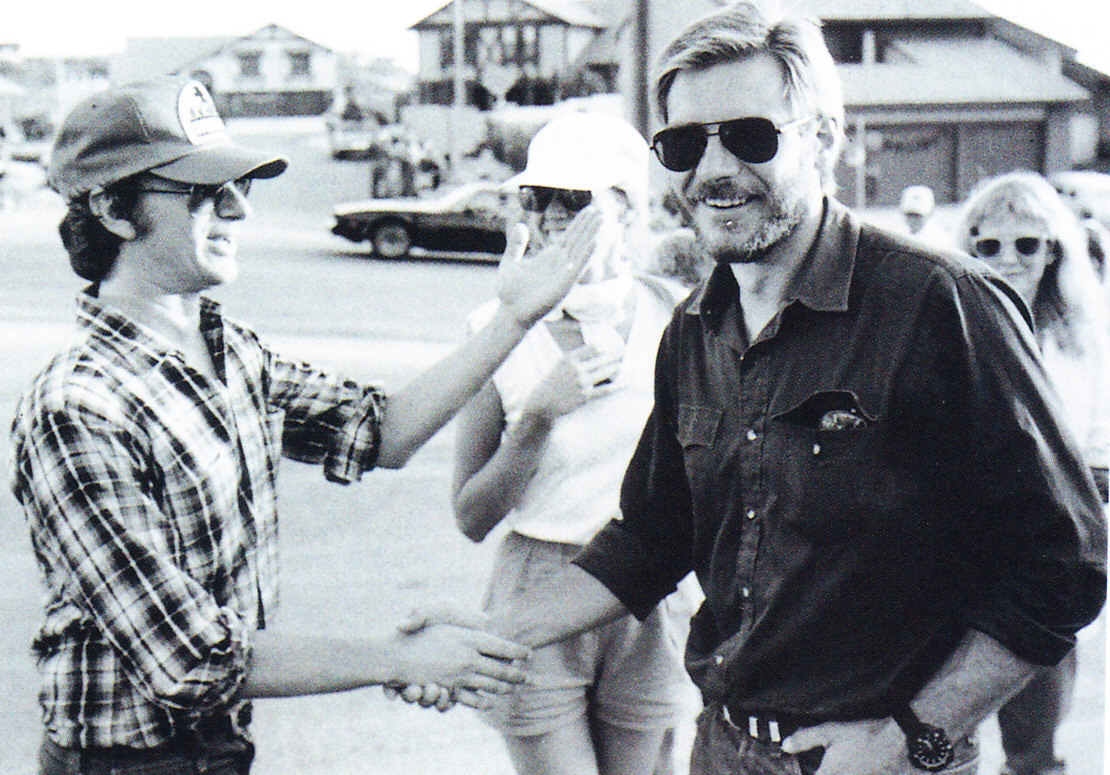 Photo of the Day - Harrison Ford on the set of E.T. The Extra Terrestrial.

Ford was cast as Elliott's school Principal and a scene was shot.  Back then Ford was dating (and later married) E.T. screenwriter Melissa Mathison.  He agreed to a cameo in the Spielberg directed movie.

Spielberg said about the scene: “He did the scene where ET is home levitating all of the stuff for his communicator up the stairs. Elliot is in the principal’s office after the frog incident. We don’t ever see Harrison’s face. We just hear his voice, see his body.

“Henry’s chair starts levitating, so as ET is lifting all of the communicator paraphernalia up the stairs, Henry starts rising off the ground in the chair until his head hits the ceiling,” the director continued. “Just as Harrison turns, ET loses control of the weight of everything and it all falls down the stairs, and Henry comes crashing down to the ground, and lands perfectly. Four-point landing. The principal turns around, and as far as he’s concerned, nothing ever happened.”

Ultimately, the scene was cut as it was thought it didn't bring anything to the overall movie and the scene was indeed a little odd.  You can watch the scene below: