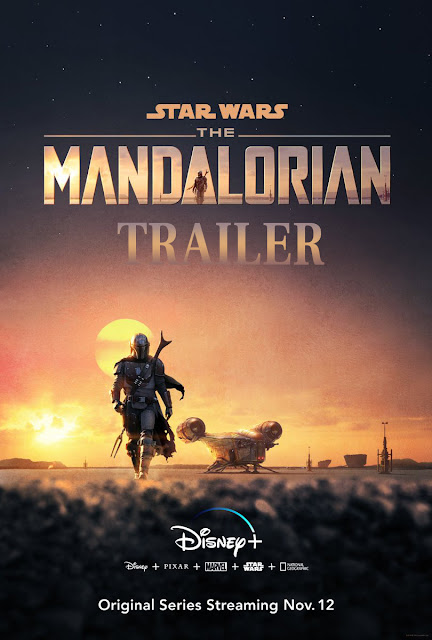 Trailer For The Mandalorian

The Mandalorian trailer has just been shown at Disney's D23 Expo and we can now share it with you.  The new Star Wars live action show will be available to stream on Disney's new streaming platform, Disney+ on November 12th.

Jon Favreau is executive producer and revealed the show will get a weekly release rather than all episodes being released at once.  He also revealed that he is already working on a Season 2.

"We're done with the first season and I was actually writing part of the second season now, so I'm having a blast," Favreau said.