George Lucas and others pay tribute to Peter Mayhew 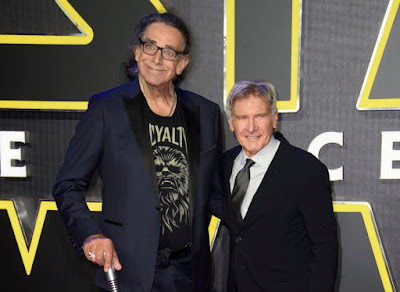 Peter Mayhew sadly has passed away at the age of 74.  The 7ft 3ins British actor who was famously the lovable but deadly Wookiee, Chewbacca in the Star Wars movies died on April 30th surrounded by his family.

Tributes have been coming in for the well loved actor.  Notable ones are from Harrison Ford who said:
"Peter Mayhew was a kind and gentle man, possessed of great dignity and noble character. These aspects of his own personality, plus his wit and grace, he brought to Chewbacca. We were partners in film and friends in life for over 30 years and I loved him...  I and millions of others will never forget Peter and what he gave us all." 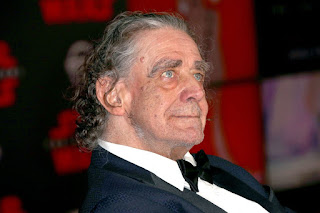 Director of The Last Jedi, Rian Johson had this to say:
"To create a beloved character with warmth and humor is a testament to any actor’s spirit. To do it under a half ton of yak hair takes a true legend."

Mark Hamill also paid tribute calling Mayhew "the gentlest of giants."
He added, "What was so remarkable about him was his spirit and his kindness and his gentleness was so close to what a Wookiee is. He just radiated happiness and warmth. He was always up for a laugh and we just hit it off immediately and stayed friends for over 40 years."

Star Wars creator, George Lucas said:
“He was the closest any human being could be to a Wookiee: big heart, gentle nature … and I learned to always let him win. He was a good friend and I’m saddened by his passing.”

The family asked fans to make donations to the Peter Mayhew Foundation.


The family of Peter Mayhew, with deep love and sadness, regrets to share the news that Peter has passed away.  He left us the evening of April 30, 2019 with his family by his side in his North Texas home. pic.twitter.com/YZ5VLyuK0u
— Peter Mayhew (@TheWookieeRoars) May 2, 2019