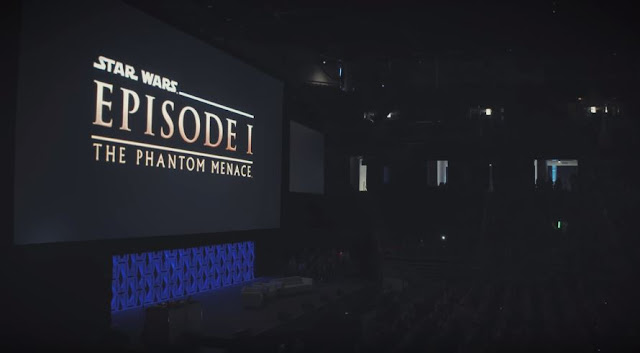 I love this video.  Star Wars: Episode 1 - The Phantom Menace celebrates it's 20th anniversary and I love it when it gets some love from fans.  The recent Star Wars Celebration in Chicago made sure the 1999 movie was well represented and during a panel celebrating the movie, fans were treated to the trailer in glorious 4K and lets be honest, that trailer is one of the best.  Listen to the crowd's reaction in the video below.