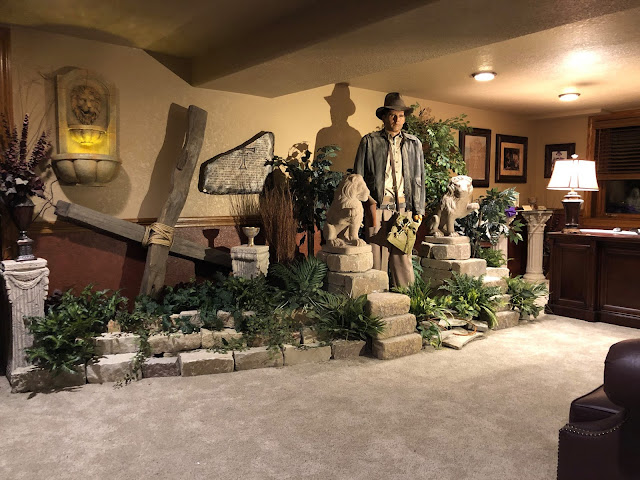 Indiana Jones fan, Scott Rox contacted us and was eager to share a few photos of his latest home office setup.  You have to admit that is a rather cool Indiana Jones themed office.  Scott told us:

It's been a hobby of mine for the past 30 years.  Each time we moved I would set up a different display and this is what we came up with this time. The figure has undergone several changes as well with a new body this time around.  My first head was more like a caricature sculpt that a lady from New York did for me.  It was an okay likeness but not like this one.  I had a second head made which was from latex and looked okay but this was the latest that a guy had made from plaster then I had it painted by an artist.  Eventually you have to say good enough otherwise you can go crazy over this stuff.

We decided to add a sports theme to the theater and move the Indy theme to my home office.  I'm a chemistry professor so it was a good fit!  Fortunately, we had most of the things on hand and just decided to use some landscape blocks and various stones to put it together.  It gives me the look I wanted at least given the circumstances. 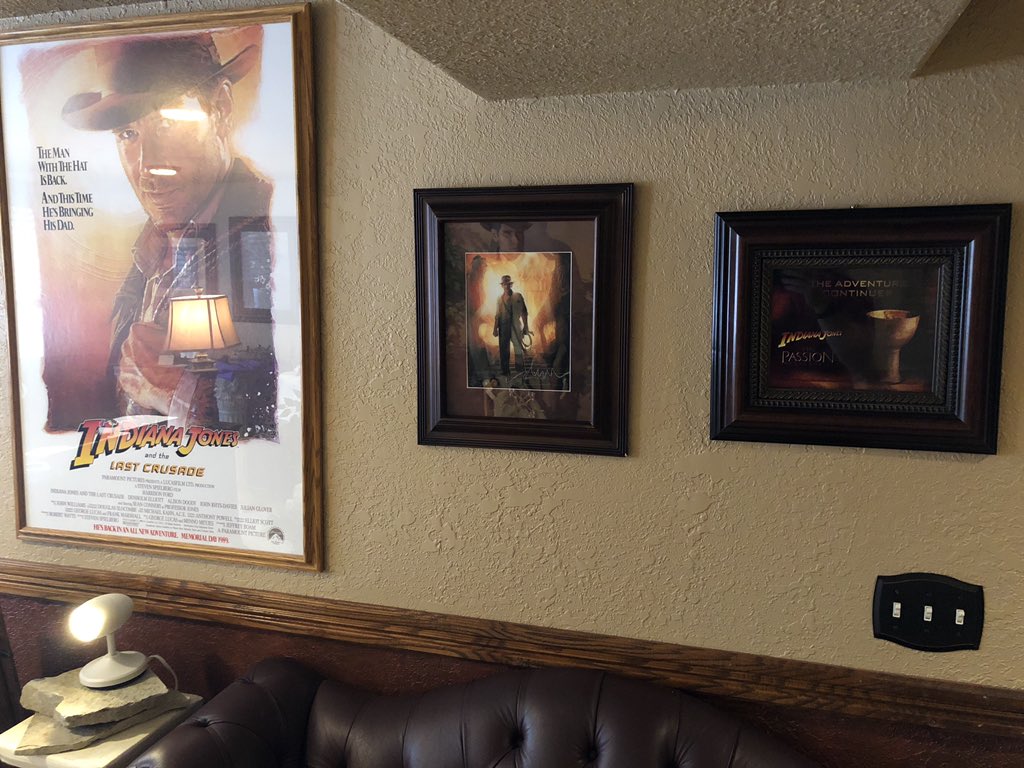 I love it!  There are some rather impressive props there.  Problem is I probably wouldn't get much work done with so much Indy goodness to look at.  I'm not the only one who likes it either.  William Shatner replied to Scott's tweet yesterday saying "Indiana Jones looks a bit stiff...You captured him."  Wait! What?

Thanks Scott for sharing your awesome office setup with us.  Scott has a Facebook page called "Indiana Jones and the Passion of the Christ."  Make sure you head over there and give it a like. 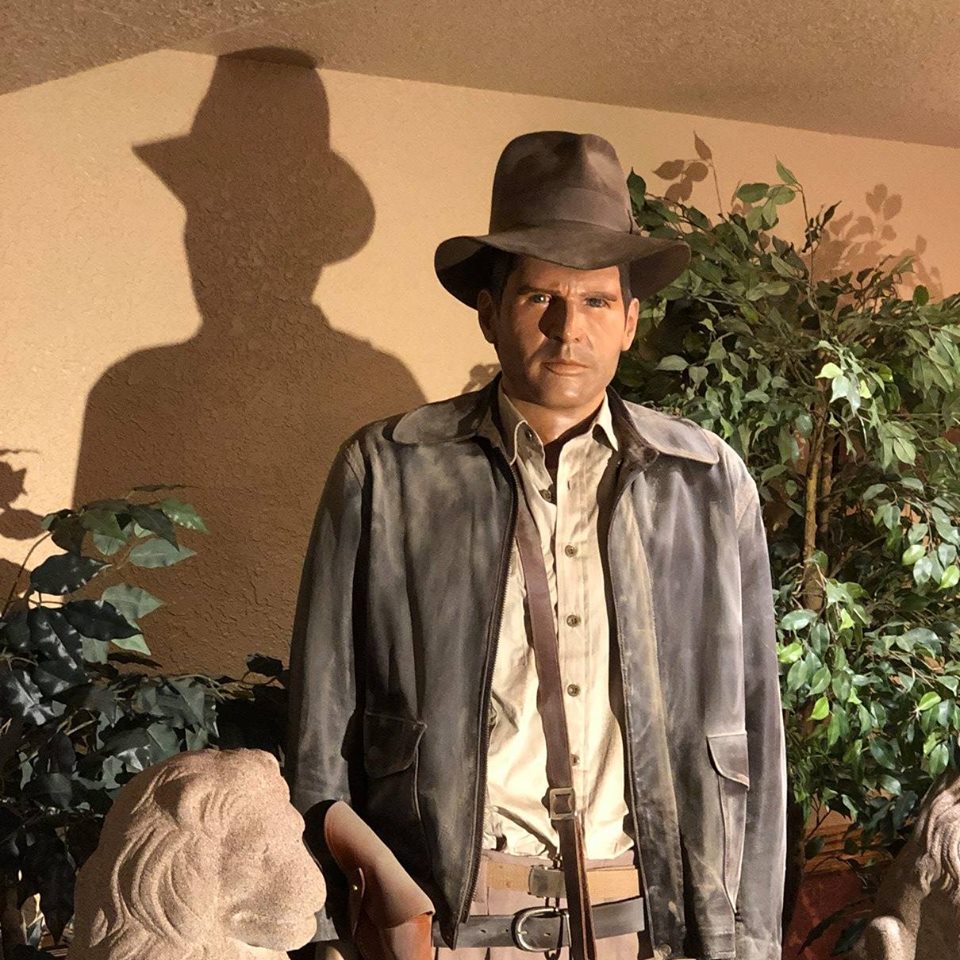 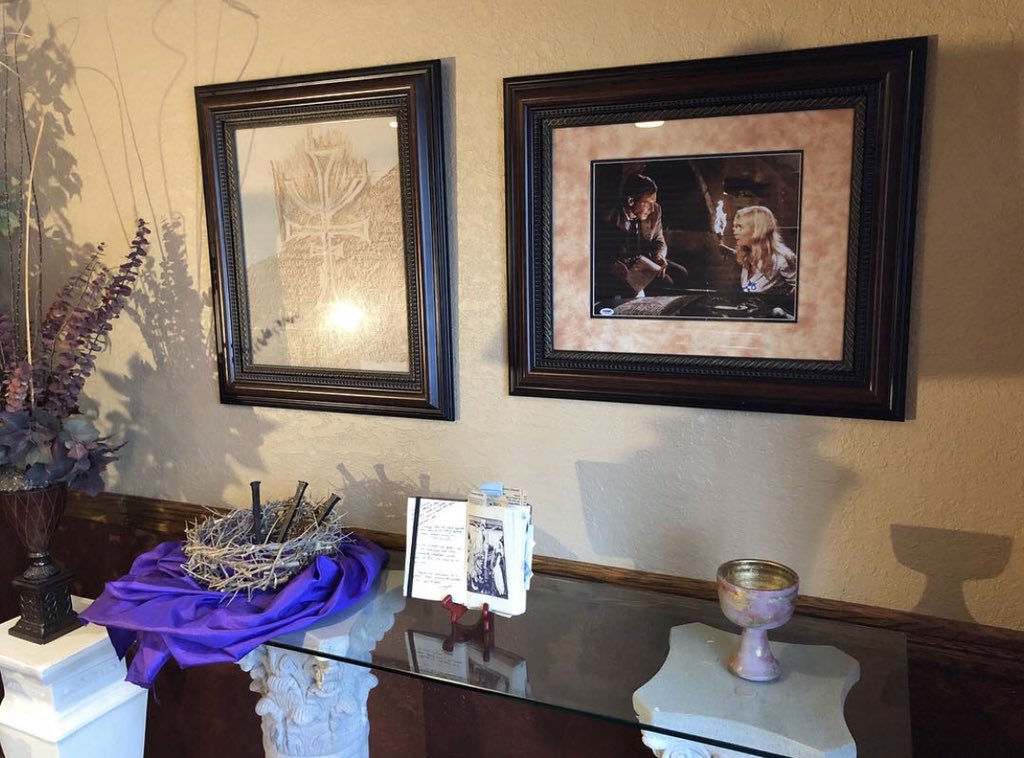 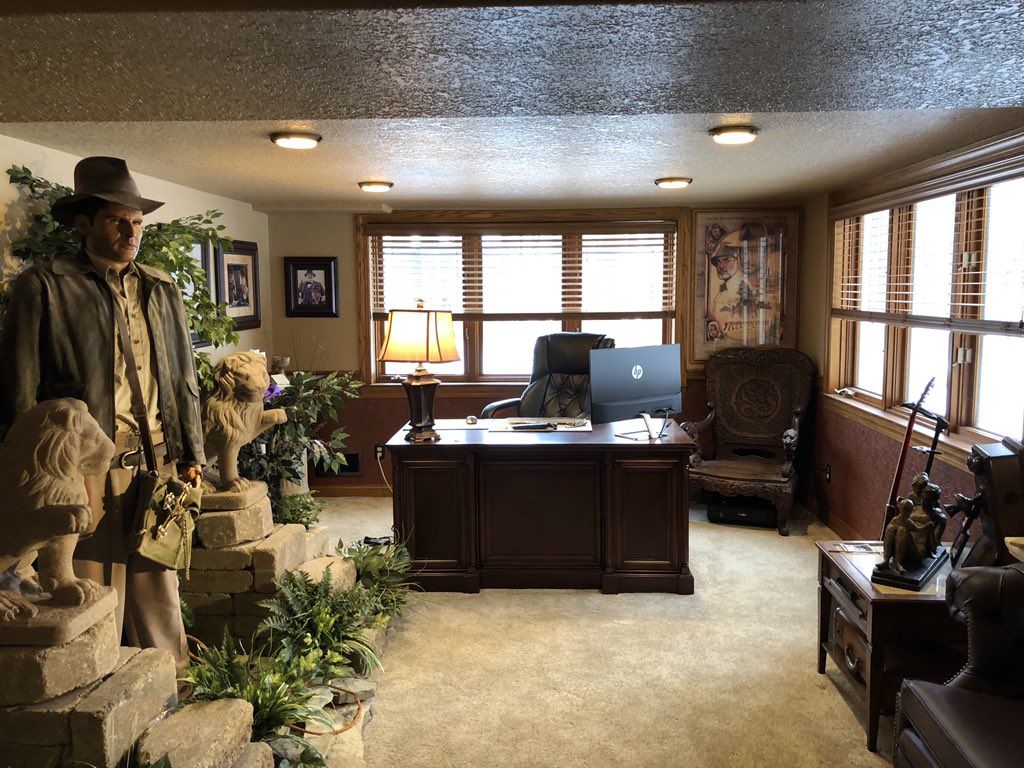 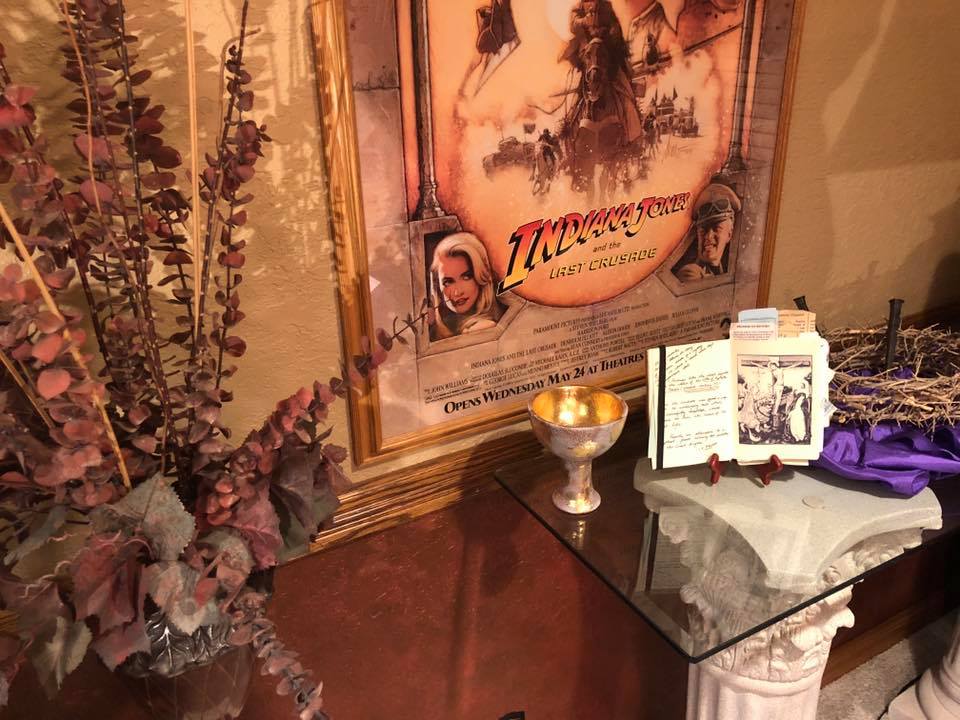 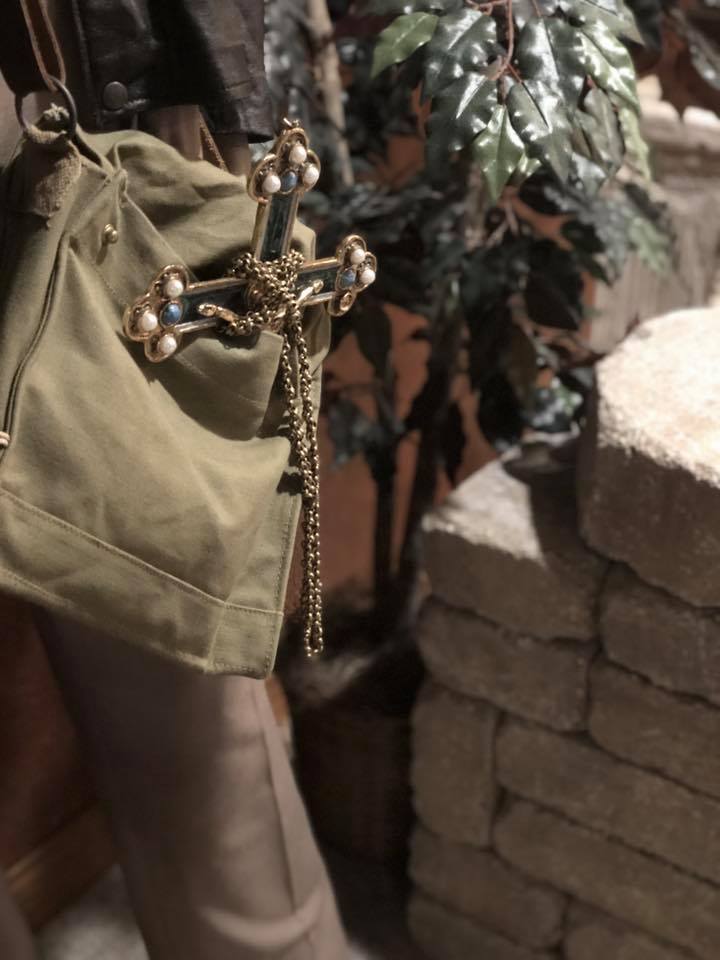