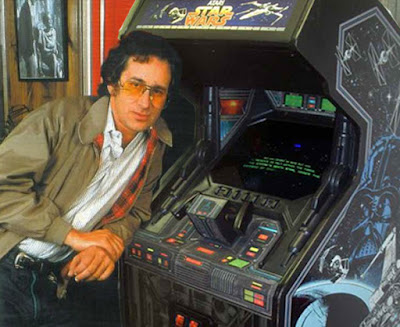 Steven Spielberg and his trip to Lucasfilm, The Star Wars Arcade Machine and the missing "Force" button 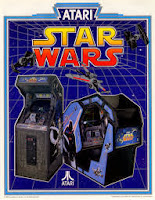 If you're a fan of Steven Spielberg then you probably already know the movie director is a bit of a gamer and it was only natural when the director was doing one of his regular visits to Lucasfilm in the early 80's that he set his sites on the Star Wars arcade machine that just happened to be taking residence.

Little did Spielberg know that the machine that was at Lucasfilm was being used and studied by Peter Langston (Ball Blazer and Rescue on Fractalus!) who was there for Lucasfilm Games (later to be Lucasarts.)

Lucasfilm actually had little involvement in the Atari arcade machine but the machine was shipped to Lucasfilm for reference and for Langston to study. 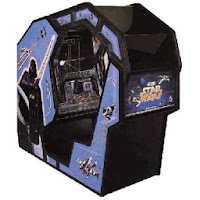 After studying the manual he discovered a switch that would convert the game into debug mode and allow all sorts of options to be applied. One in particular was the option to freeze the game using the fire button.  You could advance the scene one frame at a time and still move the cursor on screen and blast away those Tie-fighters and other enemies. Langston loved this feature and added the option to the cockpit and labelled it "The Force."

A few years later Spielberg was visiting Lucasfilm and asked if he could borrow the game while filming Indiana Jones and the Temple of Doom to help with the quiet periods. Well of course Spielberg fell in love with the machine and decided to order one for himself. When the game arrived at his home he was immediately on the phone to Atari, the makers of the game asking where the "Force" button was. Atari had to explain to the director that this feature wasn't part of the original game.

Imagine his disappointment finding out that his Star Wars arcade game was missing The Force.


Both George Lucas and Steven Spielberg enjoy a video game: 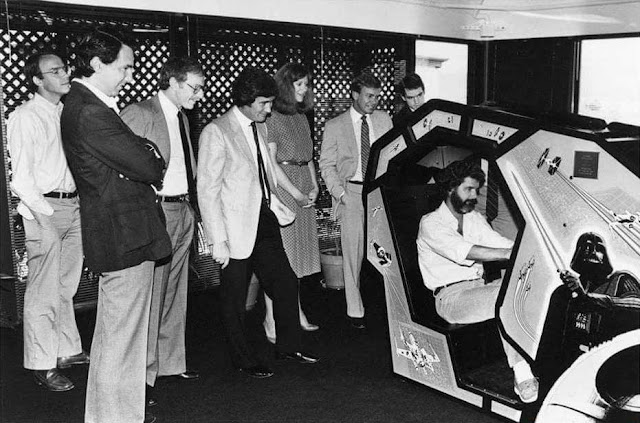 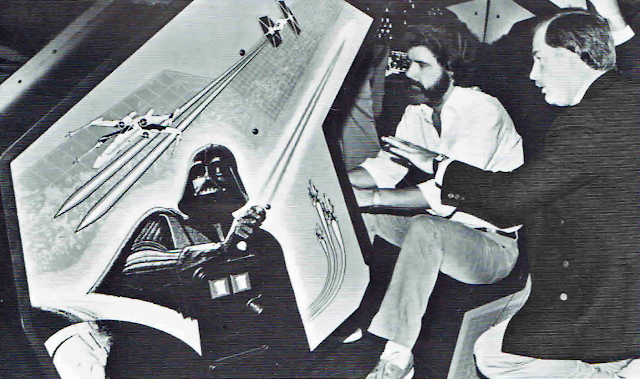 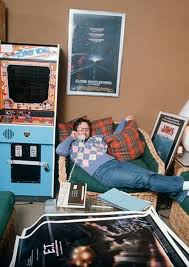 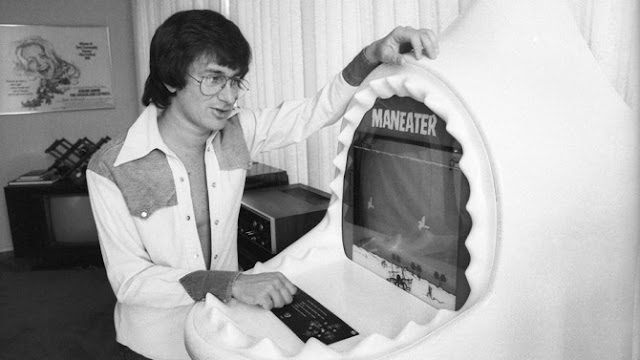 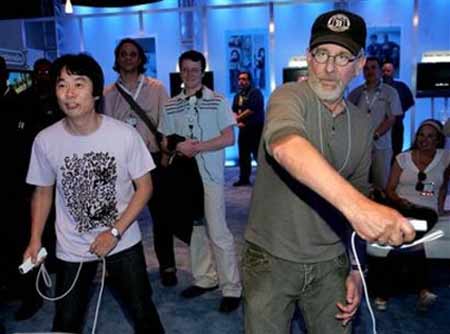 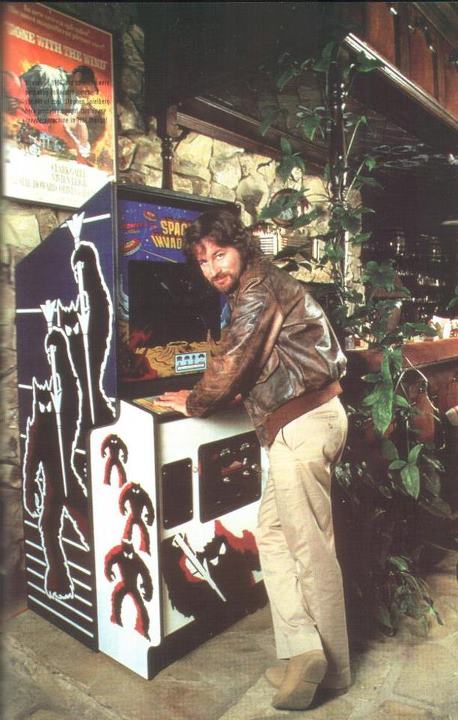 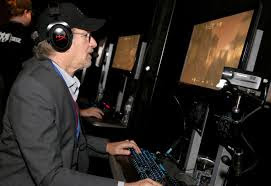