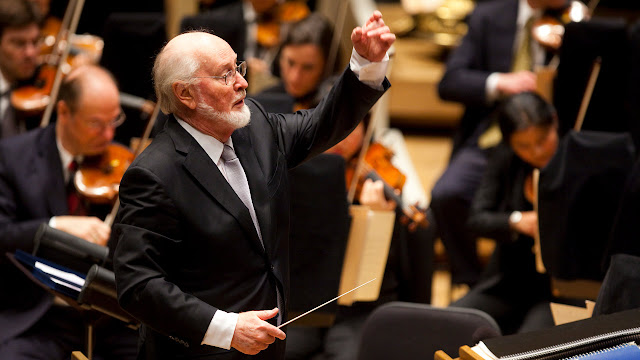 Sad news coming in as we learn that this weekend's UK concert at the Royal Albert Hall will no longer feature the legend that is John Williams.  Due to an illness the composer is unable to make it.  In his place will be Dirk Brossé.  The official Twitter page for The Royal Albert Hall tweeted:

"Unfortunately, owing to a last-minute illness, John Williams greatly regrets that he is no longer able to join us for this concert and will be replaced by his colleague and dear friend Dirk Brossé conducting the @londonsymphony. Full details here: http://bit.ly/2Segjth"

Unfortunately, owing to a last-minute illness, John Williams greatly regrets that he is no longer able to join us for this concert and will be replaced by his colleague and dear friend Dirk Brossé conducting the @londonsymphony. Full details here: https://t.co/F9zPv2D7oE
— Royal Albert Hall (@RoyalAlbertHall) October 24, 2018


From the official page:

Unfortunately, owing to a last-minute illness, John Williams greatly regrets that he is no longer able to conduct this concert with the London Symphony Orchestra.

John travelled to London but was taken ill and is unable to conduct this Friday’s concert. It is his wish that the performance should go ahead, and his colleague and dear friend Maestro Dirk Brossé has kindly agreed to conduct the LSO for this very special event.

Mr. Williams’ management said:
“John is so sorry that an illness prevents him from conducting Friday’s concert, and he’s grateful to his friend Maestro Dirk Brossé for taking the podium in his place. He so wishes he could be with everyone, and the knowledge that 5,000 of his friends will be joining together to celebrate his music is a great comfort to him as he recovers. He wishes everyone a very joyous evening of music.”

Brossé is Music Director of the Chamber Orchestra of Philadelphia and of Ghent Film Festival and enjoys a close relationship with the London Symphony Orchestra, having conducted them for several memorable performances and recordings. He has composed some 400 works, including concerti, oratorios, lieder, chamber music and symphonic works. He made his first appearance at the Royal Albert Hall in 2007 (with the LSO) and his debut at Carnegie Hall in 2016 – and he was chosen by John Williams to be the Principal Conductor of the Star Wars in Concert World Tour.

With its accolade of being the most recorded orchestra in the world and with whom John Williams recorded the first six Star Wars episodes, among many other acclaimed scores, the London Symphony Orchestra will take you on a journey through some of the most successful movie music in living memory.

If you have any queries please contact the box office on 020 7589 8212 with the name and order number attached to your booking.

We at The Bearded Trio wish John Williams a swift recovery and also hope the concert on the weekend is still a blast for all those attending.

UPDATE - The concert in Vienna where John Williams was scheduled to perform  on November 3rd and 4th has now been cancelled in full.  Refunds to be issued.