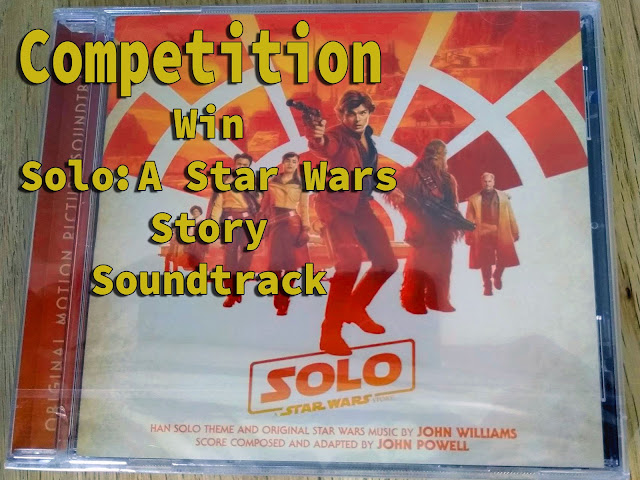 We have another great competition and this time you can win the official soundtrack to Solo: A Star Wars Story on CD.  The score is composed and adapted by John Powell with John Williams making his magical contribution.  The track listing is:

How Do I Enter?
To be in with a chance of winning the soundtrack to Solo: A Star Wars Story, all you have to do is the following:

You may or may not know we have a sister site called 'Geek Universal.'  It's not been going as long as The Bearded Trio so naturally we are eager to get the word out and about.  That's where you come in.  Just head over to Twitter and give Geek Universal a follow and make sure you let us know by tweeting:

Wait!  I'm already following Geek Universal.
Great!  Big thank you for being there already, hope you like what we've done so far.  Anyway, just let us know either via Twitter or Facebook that you are already following and we will get you entered.

The Rules
One lucky winner will win the CD. We are making the competition available to everyone all over the world and one answer will get you entered. We will choose a lucky winner completely at random. The winner will be contacted for a mailing address and we will aim to get the CD out within a few days of winning. We cannot substitute the prize and unfortunately we cannot be responsible for loss in the post. Closing date is Sunday 7th October, 4pm GMT.