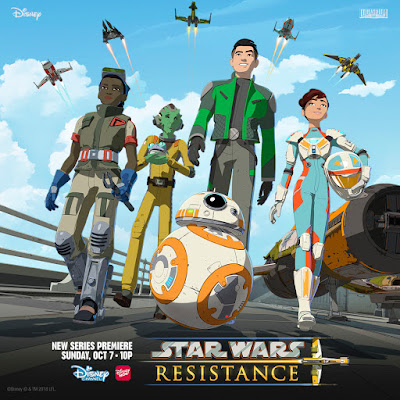 Star Wars Resistance," a new animated series that takes place prior to the events of "The Force Awakens," takes flight with a one-hour premiere SUNDAY, OCTOBER 7 (10:00 p.m. EDT/PDT) on Disney Channel, DisneyNOW and Disney Channel VOD, with subsequent airings on Disney XD.

The high-flying adventure series follows Kazuda Xiono ("Kaz"), a young pilot recruited by the Resistance for a top-secret mission to spy on the growing threat of the First Order. Following its U.S. debut, "Star Wars Resistance" will rollout globally on Disney Channels Worldwide