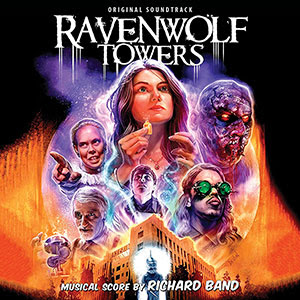 Intrada's latest release by composer Richard Band features his score to the 2016 webseries Ravenwolf Towers. In this series produced by Charles Band and released through Full Moon, most of the characters, save the two leads, had been introduced in previous Full Moon films, many of which had been scored by Band. As a result, he was able to leverage previous themes and motifs for these characters, while creating new themes for the characters of Jake and Mary. Romantically sad and beautiful, it captured the mysterious and uncertain destiny of their relationship, where of course the viewer knows more than the characters. The score portrays a sense of dignity for the old Towers, with an inherent sense of the enigmas that lie within. It's Richard Band doing what Richard Band does best, and who couldn't use a healthy dose of that in the few weeks leading up to October and Halloween festivities.

The legendary Ravenwolf Towers, once home to Hollywood's elite, has fallen on hard times. Jake, the new assistant manager, slowly discovers that concealed among the Tower's dark corridors, decrepit interiors and locked rooms are many terrifying secrets: guests who disappear without a trace, mad doctors, degenerate monstrosities, inbred horrors, and an alluringly beautiful, mysterious woman. Damsel in distress? Or most terrifying resident? 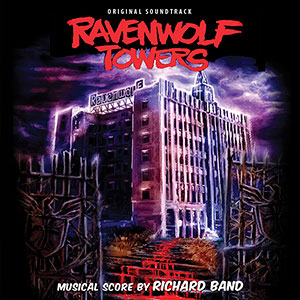