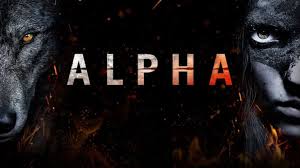 
The 1993 teen hood drama Menace II Society was the debut film of Allen and Albert Hughes, a pair of very young directors who also happened to be twins. The talented duo made their last film together in 2010, with the bizarre guilty pleasure Book of Eli. After that, they went their separate ways, and Allen made his solo debut with 2013's Mark Wahlberg-Russell Crowe melodrama Broken City, a film that inspired such bored indifference from critics and audiences alike that even now as I write this sentence, I am not watching it.

Now it's Albert turn at bat, and while he is unlikely to score a home run at the box office, he follows through with a confidence and grace that establishes him as skilled auteur who, along with  brings to mind the epic style of Michael Mann in The Last of the Mohicans, or even Alejandro G. Iñárritu.

The story is quite simple: after a Steppe bison hunting expedition 20,000 years ago in Europe during the Upper Paleolithic period goes awry, a young man (Kodi Smit-McPhee) struggles against the elements to find his way home, all the while developing a friendship with a wolf. This forges the tentative first bond between man and canine. In other words, it's a "boy and his dog" movie, but one like we've never seen before.

The marketing campaign that touts this as the story of "how mankind met man's best friend" makes it hard not to enter this one with a certain amount of trepidation, as a great deal of cheese seems inevitable. I was expecting something much more along the lines of 10,000 B.C., but Hughes goes for an approach that feels much more reality based. Certainly there is still a strong need to just "go with it" and forgive the more far fetched elements, but it plays surprisingly well most of the time.

A portion of the credit should definitely go to Kodi Smit-McPhee, a very talented and natural actor who seems incapable of giving an unlikable performance (he's probably best known to audiences as Nightcrawler in X-Men: Apocalypse, though his work with Matt Reeves in Let Me In and Dawn of the Planet of the Apes, as well as his terrific star turn in Slow West are the reason he is well known among cinephiles.). The young actor has a knack for really becoming his characters, and this is no exception, and here he doesn't have a single line of dialogue in English (the actors speak in an ancient, unidentifiable language aided by subtitles.). But if you're giving credit to actors, Chuck, the wolf who is given singular credit for the titular performance, is clearly the most endearing. The movie relies heavily on a genuine chemistry between the two stars, and they simply couldn't be better. 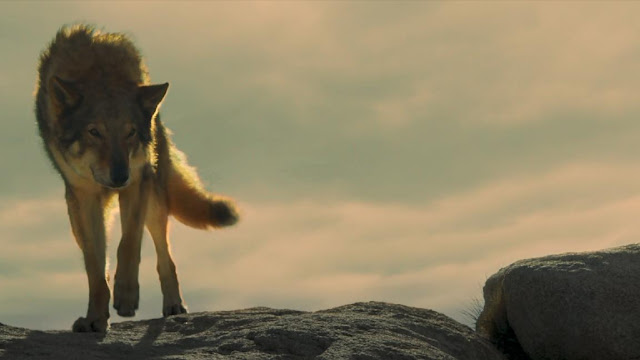 Hughes wisely brings the movie in at the very manageable run time of 97 minutes, never allowing it drag. The downside to this may be that audiences feel iffy about spending the hefty price for an IMAX 3D ticket for such a short film, but it's also one of the best uses of the format in some time. It's a very refreshing change of pace, and in a summer full of special effects extravaganzas, Hughes and cinematographer Martin Gschlacht manage to outdo most of them for sheer visual awesomeness.
This movie is a gift to anyone who mourns the end the age of epics that don't look like they are done entirely with computers.

But there is a major down side to the that fact. In all honesty, despite the predictable and formulaic storyline, the movie would rate a little higher than three stars if it wasn't for the troubling controversies regarding animal handling on the film (specifically, five bison who may been slaughtered for use in the production, which lead to the American Humane Association declining to give its "No animals were harmed" seal of approval.). I can't find it in myself to ignore that, but too few details have come out of the investigation, and having seen the film before hearing any of this, I given the luxury of ignorance in order to make for a blissful viewing experience. It casts a very sad shadow over the movie, especially since the "it feels so real' factor is such a selling point.

In terms of skillful film making, Alpha is the movie to see this weekend. Albert Hughes has delivered an extraordinary surprise, and the smartest movie aimed at an early tween audience in a very long time.