VIDEO - Back To The Future II Behind The Scenes 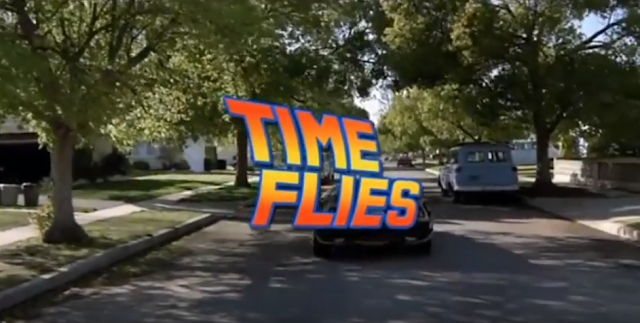 The Making of Back to the Future II

'It's your kid's Marty!  Something has got to be done about your kids!'  Remember watching the end of Back to the Future and hearing Doc desperately tell Marty that he's got to go back tot the future because of his kids?  Imagine having to wait four long years to find out.  Well, that was 1985 and it wouldn't be until 1989 would we all find out about his kids and the fact that (spoiler) hover-boards don't work on water.

Is Back to the Future II better than the first one?  That's a difficult question to answer.  It has an extremely clever plot (to clever, some people will say) but there's a charm about the first one that is rare in a movie, lightning never strikes twice, so to speak.  Never the less, I do like the second one and it can sit along side the first movie knowing it did a good job.  Anyway, here's a making of feature on Back to the Future II that continues the making of story from the first one and the decisions made to ultimately bring us the second one.