Home Release Of Ready Player One Is Going To Be Perfect For Catching All Those Pop Culture References. Check Out These Extra Features. 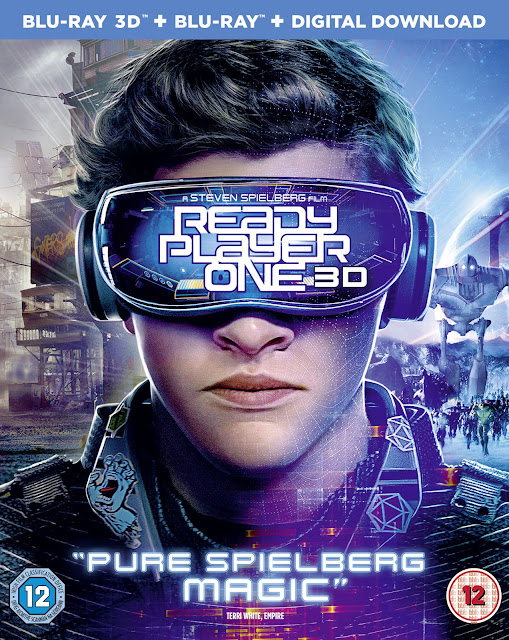 My favourite movie of the year so far is the Steven Spielberg adaption of Ernest Cline's epic story, "Ready Player One."  It's one of those movies that has to be watched more than once mainly because there are so many popular culture references packed into the two hours and nineteen minutes.  Thankfully, due to the imminent home release of "Ready Player One" we will be able to pause the movie whenever we notice one of those references. 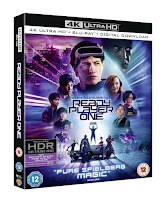 The 4K Ultra HD Blu-ray disc of “Ready Player One” will feature Dolby Vision HDR that dramatically expands the colour palette and contrast range and uses dynamic metadata to automatically optimize the picture for every screen, frame by frame.  If you own a 4K TV and player, then you are in for a visual treat.

So expect a visual and audio experience that will make you feel you are right there in the Oasis.

Now, what about the extra features?  We've got the info and listed below:

You can find out more about the home release of "Ready Player One" by visiting:
facebook.com/readyplayeroneuk/
twitter.com/ReadyPlayer1UK

You can pre-order your copy right now by clicking here.

Remember, if you can't wait for the home release of "Ready Player One" then you can get the digital download two weeks before the disc versions.

In the meantime we've included the observations we found from the trailer that we posted during the build up to the theatrical release of the movie.  Look out for these when you watch your home release of "Ready Player One."  Let us know how many you find and which one is your favourite.

Look out for the bike that scrapes across the ground. It boasts an Atari logo and we were informed by Paul Weller on our Facebook page that the bike is in fact Kaneda's bike from Akira.

And here's a quick glimpse inside the Delorean complete with time circuits. Check out the dates.

Check out that glorious Competition Pro Joystick. I had one of those.

Ready for the race, or is it a battle? Someone got the pre-order exclusive F1 car by the look of it.

Feel a lot safer with the Iron Giant on my side. Steven Spielberg says he has a significant part.

Freddy Kruger in the dream? Or nightmare?

It has a Minority Report feel

Heroes are a plenty in this world. Harley Quinn and Deathstroke are not joking around.

Fancy a game of Trackmania anyone?

Be a superhero on a giant mechanical scorpion in 2045. The future seems glorious. Or is it?

In the shot with all the vehicles, look to the right. You'll see the A-Team van and what appears to be Christine next to it.

I think that's Lara Croft leaning up against Christine.

Is that Mad Max's Interceptor vehicle in the chase scene?

Don't forget you can pre-order your copy of "Ready Player One" right now.  Click here to secure your entry into the Oasis.