Watching Skies: Star Wars, Spielberg and Us Is Now Available To Buy 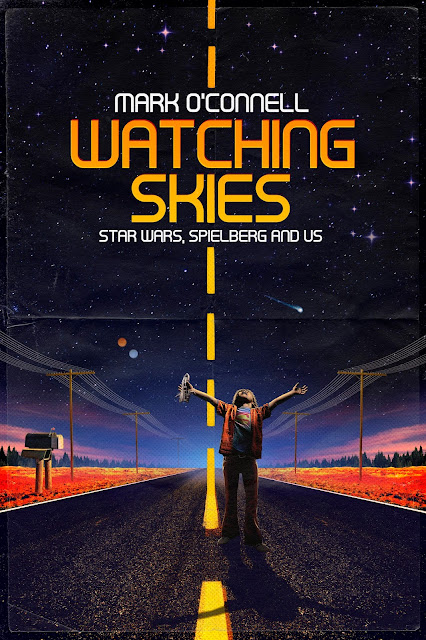 Watching Skies: Star Wars, Spielberg and Us.  A loving ode to a VHS galaxy not that far, far away

As Solo, Ready Player One and Stranger Things prove the retro might of VHS
era cinema, Watching Skies – Star Wars, Spielberg and Us is a universal and
affectionate tale about the pop cultural remembrances stuck in all our R2
unit’s memory systems.

Like many a British kid in an ‘80s world of VCRs, Reagan and Atari, Mark
O’Connell wanted to be one of the kids on the Star Wars toy commercials.
Jaws, Close Encounters of the Third Kind, E.T. The Extra Terrestrial, Raiders of
the Lost Ark, Superman and Star Wars weren’t just changing cinema – they
were making lasting highways into our childhoods, toy boxes and video
stores like never before. 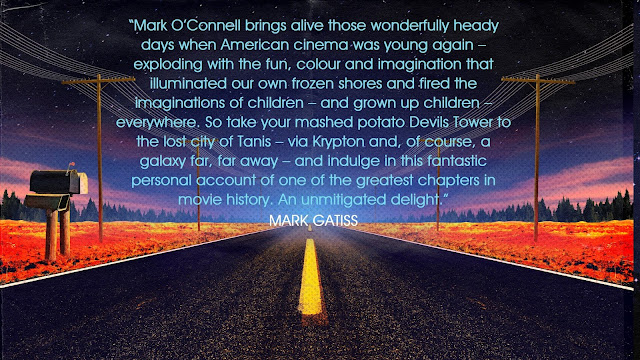 In this energetic and insightful memoir-through-cinema, Mark O’Connell
flies a gilded X-Wing through a universe of bedroom remakes of Return of
the Jedi, close encounters with Christopher Reeve, sticker album swaps,
a honeymoon on Amity Island and the trauma of losing an entire Star Wars
figure collection. 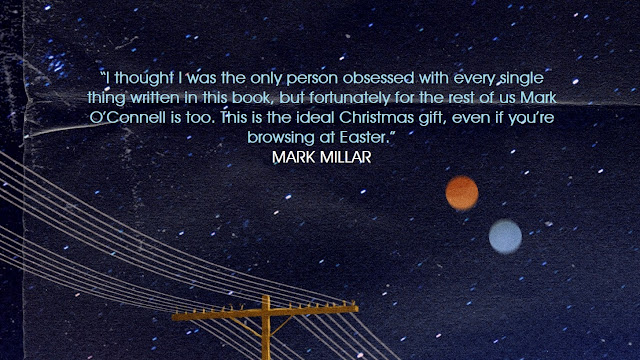 A unique study on how a rich galaxy of movies continue shaping big and
vital cinema to this day, Watching Skies is for all Star Wars kids – whatever
their era. It is about how George Lucas, Steven Spielberg, a shark, two
motherships, some gremlins, ghostbusters, and a man of steel jumped a
whole generation to hyperspace (action figures not included).

Mark O’Connell is an award-winning writer and author. As a comedy writer he has written for a wide range of actors, performers, titles, and media. As a warm-witted pop culture pundit, he has written and guested for Variety, Sky Movies, The Times, The Guardian, OUT magazine, Channel Four, Five, Yahoo Movies and across BBC radio and television. He was one of the official storytellers of London 2012, owns one tenth of a BAFTA, once got praised by the Coen Brothers, and now travel writes.  He is the author of Catching Bullets: Memoirs of a Bond Fan.