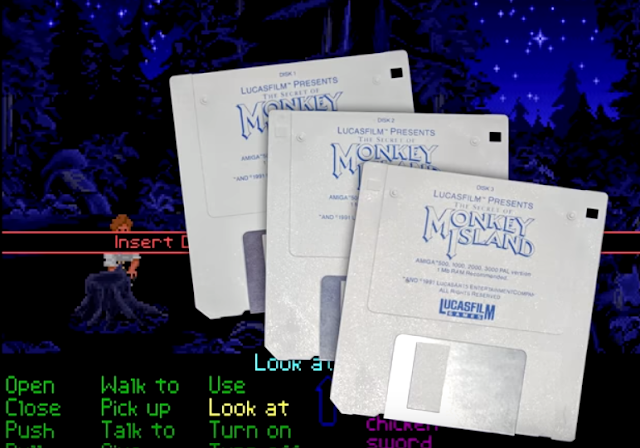 If you're into video games and browse YouTube then you've probably heard of 'Ahoy' or 'RetroAhoy.'  When he brings out a video that inspects a particular game or game genre then you're in for a treat.  They are hugely detailed and nothing is left out in regards to the subject matter.

Well count ourselves lucky as 'RetroAhoy' has released a video all about Monkey Island.  We get over an hour of what is one of the best looks into how this classic Lucasarts (Lucasfilm Games) title came about and raised the bar for point n' click adventure games.  Everything is covered from the history of the adventure game, the script, cast and what happened after it was released.

This is a must watch.  Sit back and lets find out what the secret of Monkey Island is.