Photo of the Day - The Power of the Force. Retro? 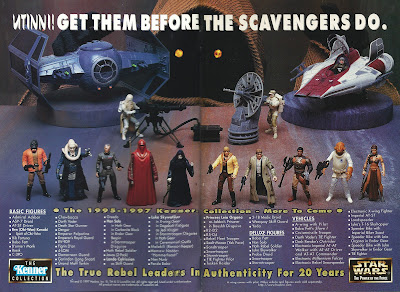 If you follow me on this site or Facebook then you will know I'm a big fan of retro toys especially vintage Star Wars.  I've always considered the original figures from 77 to 84 being classed as vintage.  But having just come back from London Film & Comic Con I see a number of stalls now classing the 1997 range, The Power of the Force as being retro.  It made me feel old but I guess its 20 years old so what do you think?  Should we class this range of Star Wars toys as retro?

Anyway, today's photo of the day is an advert for The Power of The Force advertising the fact it was 20 years since Star Wars came out.  Think of that?  20 years ago they were advertising that. 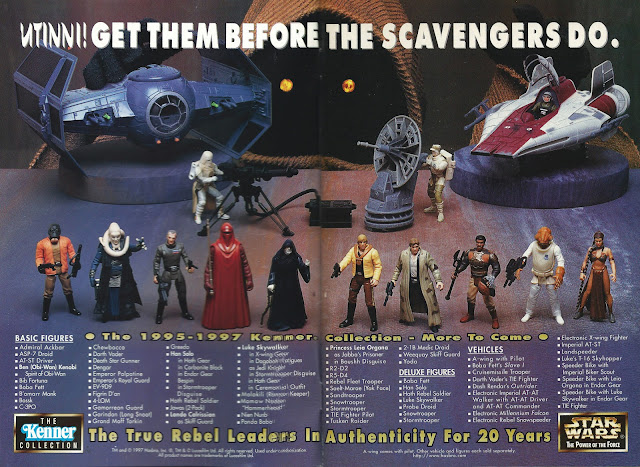