My Thoughts On Solo: A Star Wars Story, The Current State Of Star Wars And The Fandom 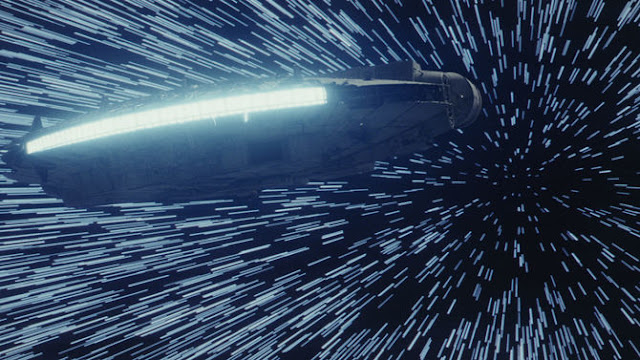 A Personal Opinion On How I Feel About Star Wars

Some of our readers have asked me what my thoughts are on the current Solo movie, the current state of Star Wars and its fandom.  Well, here it is.  Some may not like it but this is just my opinion.

I've seen Solo: A Star Wars Story and I liked it.  The end.  Want me to go on?  Well to be honest, it's a simple as that.  Okay, maybe a little elaboration is in order. It didn't leave me feeling as giddy as a school boy but I really don't think that has happened since...Well since I was a school boy.  You see I'm in my mid-forties now and that excitement, that anticipation for a movie just isn't there any more.  I look back with fond memories at myself being super excited for Return of the Jedi and having a huge smile on my face when the opening scenes played out in front of me.  That level of excitement for a movie has had its day, unfortunately, no matter how much I long for it.  I'm just getting old.

Also, there are a lot of movies released these days and it seems there's just not enough time to focus on one.  Just as I'm still thinking of the last franchise movie, well there's another one coming out in a few months.  'Leave that movie alone, that's last month's news, focus on this one now.'  That's how I feel these days.  It's like someone putting a plate of food in front of you and you take a few bites before the waiter comes along and whips it away only to be replaced with the next course.  'I was enjoying that.'

So not having that excitement after watching Solo: A Star Wars Story is more down to my current state of mind with movies and not the movie itself and perhaps that's the problem with a percentage of the Star Wars fandom?  Perhaps, just perhaps they are looking for that spark that they remembered as a kid.  Or maybe there's just not enough time to enjoy the moment.  Perhaps a certain percentage of the Star Wars fandom are of a certain age and like me, kids at heart.  We long for that excitement we had as a kid and no matter how good a movie is, we will never get it.  Satisfaction and a bit of escapism is the best we can hope for these days.

This is certainly my problem when it comes to movie releases.  I recognise this issue in myself and don't blame the makers of Star Wars, Lucasfilm or whoever the current focus is on, it's just me.

I'm not trying find excuses for this film, as I said I enjoyed the movie.  I had two hours in a Star Wars universe and lets be honest, that can't be a bad thing right?  I put away my phone, switched off the real world and went on an exciting adventure with Han Solo and Chewie.  Why on earth would I complain about that?  I left the cinema feeling satisfied and thankful for the existence of these movies.  Solo: A Star Wars Story did its job, for me at least.

Also, perhaps we should stop over analysing these movies and just enjoy the ride?  I remember in school I took English Literature and the book that we had to read and discuss for weeks was Lord of the Flies by William Golding.  The book was ripped apart and over-analysed by the teacher and the class.  Meanings to scenes the author had written were concocted and I'm sure made up to make the teacher look good.  It ruined the book, I hated Lord of the Flies and it wasn't until years later when I read it again did I realise what a gripping story Golding had given us.  Perhaps Star Wars suffers with that too.  Go watch a Star Wars film, stop trying to figure out what the director was trying to convey at that specific moment or get upset because a certain scene doesn't tie up with a novel written twenty years ago.  Just enjoy the two hours in that galaxy, far, far away.

Would I change anything?  A release every other year would, for me be a better thing.  Give me time to breath.  A yearly release is too fast for me, but again, that's just my opinion.  I realise there are fans who love a yearly release but maybe the anticipation would be greater with a longer release.  It might ignite that spark in me once more and make me giddy as a school boy.  Also it would give the film-makers more time to polish that diamond they have.

Finally, this is probably my most important point, don't take it so seriously.  Enjoy the fact we have these things.  Enjoy the moment,  switch off for a few hours and enjoy the ride.  But, if for some reason you didn't enjoy the ride, just get off and wait for the next one.  Don't be down or vent your frustration on the other fans.  Let them continue their ride, be happy, let them be happy and may the Force be with us all.