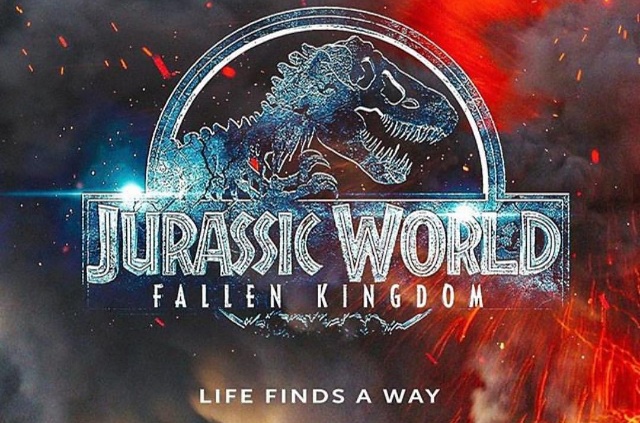 2015's  Jurassic World is a movie that has very much fallen victim to the "if it's so good, how come everybody liked it?" mentality, starting out as a literal monster hit that breathed life back into the franchise (even if it was heavily based on nostalgia) that received better reviews than either of the previous sequels to Steven Spielberg's classic. But the haters quickly took control of the narrative, and there was a major backlash against director Colin Trevorrow as he was branded the personification of white male privilege in Hollywood (and he made one incredibly stupid statement which helped fuel that, but otherwise it's really not fair to aim so much of the brunt of the anger at this very legitimate problem at him, any more than it would be to single out Paul Feig or Gary Ross for being white men hired to direct all female cast reboots.)  Jurassic World, which was unabashedly silly (not the silliest in the series), and had some problematic characters (which can be said of all of the movies, including the first), but was also a lot of fun, has sadly become the cinematic Rodney Dangerfield of the decade (last decade it was Indiana Jones and the Kingdom of the Crystal Skull. We actually liked both of them, worts and all. Deal with it.)


In Jurassic World: Fallen Kingdom,  which recalls The Lost World: Jurassic Park in other ways besides having an awkward and clunky title, producers Trevorrow and Steven Spielberg brought on the wildly talented director J.A. Bayona,  (The Impossible, A Monster Calls), and the prospect of what Bayona could bring to the franchise was truly tantalizing.   The film picks up three years after its predecessor ended, and Isla Nublar, the home of both versions of the ill-fated dinosaur theme park, is threatened by the fact that its volcano has become active and is on the verge of eruption (because apparently a competent geological survey was the one expense John Hammond did spare.)


So the dinosaurs need to be rescued, which forces a reunion between Chris Pratt's Owen Grady and Bryce Dallas Howard's Claire Dearing, which further complicates their on-again/off-gain/will-they-or-won't-they/does-anybody-care/get-back-to-the-dinosaurs romance. Claire and Owen return to Isla Nublar as part of a "Save The Dinosaurs" expedition funded by Benjamin Lockwood, a previously undisclosed former business partner of Hammond, played by James Cromwell sporting a British accent that even Kevin Costner is allowed to mock. Along with them are two plucky young multi-ethnic sidekicks whose names will only matter to their parents, and a tough as nails and twice as dumb mercenary played by Ted Levine, still desperately trying to make us not imagine him wearing a wig and lipstick. But unfortunately all is not as it seems, and Lockwood's aide (Rafe Spall) has secret plans very different from saving endangered species.

As usual it's all a setup for thrilling dinosaur action set-pieces, and on the whole those sequences continue to be highly entertaining and thrilling. However, the plot is a bit overly complicated and convoluted, and while the franchise has always teetered between adventure and horror, GOTHIC horror has no place in the world of Michael Crichton's pale-ontological wonders, and turning the second half of the film into one is a baffling choice. One thing no one has ever said is "What if you put Jurassic Park in a creepy old mansion?"

As with The Lost World: Jurassic Park before it, Jurassic World: The Lost Park is at it's best when we're on the island, In fact, it's hard to escape the constant feeling that this movie is very much Lost World to the last movie's Jurassic Park, and to paraphrase, they are making the same mistakes twice and they are making all new ones. As fans of the franchise who have every frame of the original memorized and have found something to love in every one of the highly flawed sequels, we're giving this one a moderate recommendation to fellow fans, but it's not a very enthusiastic one.

While have defended Colin Trevorrow before (we loved Safety Not Guaranteed and greatly enjoyed his Spielberg channelling direction of Jurassic World), to say that the script here needs work is a bit like saying Kanye West might do well to consider occasionally letting someone else talk while he listens. The last time we saw a writer with the kind of feelings for their male protagonist as Derek Connolly and Trevorrow seem to have for Owen Grady was Stephanie Meyer with the Twilight series.  Thankfully the character of Clare is also more Indiana Jones-esque in this one, and that does offset the overwhelming smell of testosterone a bit, combined with a couple of nice bits about the more tender side of Owen's relationship the Velocraptor, Blue.

It's important to remember that Juan Antonio Bayona's directorial debut was the Guillermo del Toro produced The Orphanage, and while he shines brightly when creating suspense sequences, he gets lost when trying to make this a horror melodrama ala Crimson Peak. One level on which the original Jurassic Park actually improved on the book was recognising that it's themes actually resonate more when the people attempting to control nature are merely arrogant and naive, not genuinely evil. This franchise works best when there are no full-on villains, and sadly, Fallen Kingdom loses site of that fact worse than ever before.

Still, Bayona's visual references to Spielberg (and a slight nod to James Cameron at the beginning) are perfectly done. But considering that he is a director that has traditionally given us strong character based films, Blue and the pachycephalosaurus shouldn't have been the only characters that seemed like real people. Jurassic World: Fallen Kingdom is a movie we'll see again because we love seeing our dinosaurs in IMAX, and there are some outstanding set pieces.  But we have to hope that the next one feels less like a genetic hybrid Jurassic Park and other totally unrelated movies.