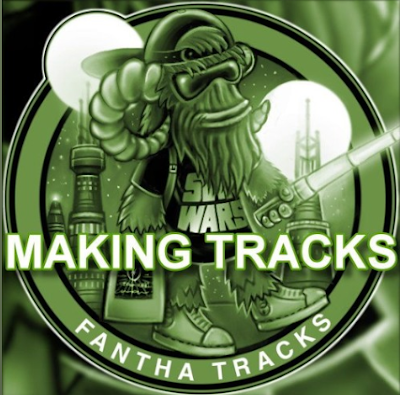 Our good friends at Fantha Tracks have released their second episode of Making Tracks and of course it's top quality listening.  Mark Newbold and Dave Tree return to talk all things Solo: A Star Wars Story - they snorkel into the story, so beware spoilers. They're joined by members of the Fantha Tracks team and friends as they look back at the Leicester Square press screening and midnight showing of Solo at Pinewood Studios, rejoin Rogue One director Gareth Edwards for the second part of our in-depth chat and head back to Empire Day as we catch up with Mosep Binneed performer Eileen Roberts at Dave Prowse's final convention.

You can listen to the show on Soundcloud and if you prefer to download your podcasts then you can also do that here.

For all the latest news and reviews head on over to http://www.fanthatracks.com/