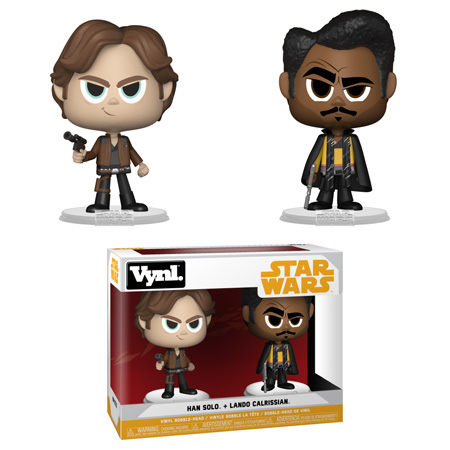 The galaxy’s most famous smuggler and rebel pilot walk into an establishment
for a friendly game of sabacc and arguably the most famous starship in any galaxy changes hands.

And now you can bring both owners of the Millennium Falcon, not to mention the galaxy’s coolest frenemies, home for intergalactic hijinks and maybe even
a rebellion or two against the Galactic Empire™.