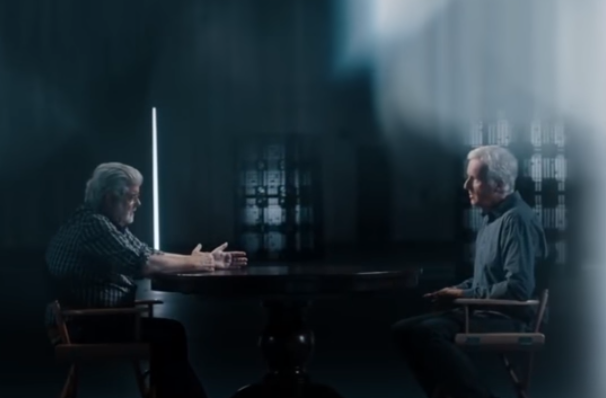 George Lucas On James Cameron's Story of Science Fiction.  Watch A Clip Below

James Cameron's Story of Science Fiction series second episode features one of The Bearded Trio and it's none other than George Lucas.  In the episode they discuss the anti-authoritarian message in Star Wars and the choices he made that ended up in the Star Wars movies.  The discussion is rather deep and both directors are honest with each other.  George Lucas discusses Star Wars and tells us in the episode:

"It's colonial... we're fighting the largest empire in the world and we're just a bunch of hayseeds in coonskin hats who don't know nothin'... and it was the same thing with the Vietnamese, the irony is that the little guys won."

Here's a clip from the episode:

find out more about James Camerons's Story of Science Fiction and watch the full episode on AMC's official website.