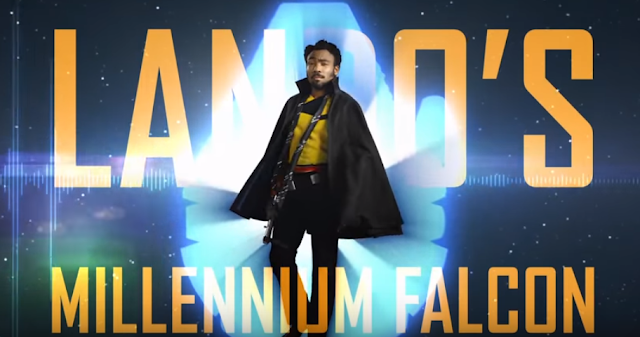 Tour The Falcon With Donald Glover

It's only one minute and forty five seconds but what it does show in that time is how impressive this actual set is and how well thought out it is with minute detail.  How about those guest quarters?  Glover also visits the kitchen which is a first.  I've never thought of the Falcon having these kind of facilities.  Of course the Falcon has a kitchen, can I get some blue milk over here?

Solo: A Star Wars Story. See the film in theaters May 25.