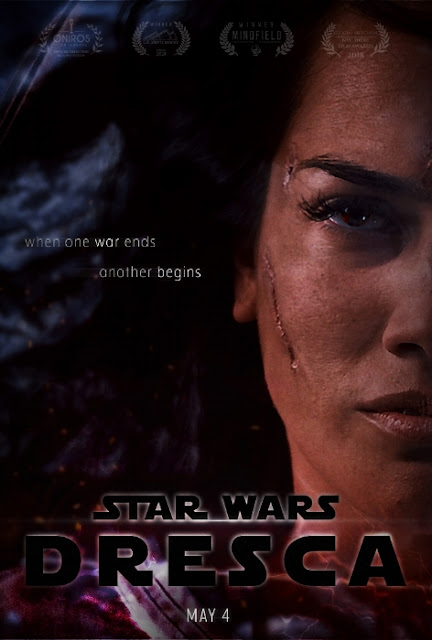 Another Star Wars day is over and there was plenty of cool stuff released and announced.  In my opinion one of the best things to be released on the day was this short fan film.  It's called Star Wars: Dresca and it's seven minutes of top quality storytelling.

It's written, directed and produced by talented Star Wars fan, Jessica Champneys.  Everything about it shouts quality, the editing, cinematography, the story and of course the acting.  Star Wars: Dresca has taken fan films to another level in terms of quality.  You can watch the film below and make sure you check out their official website for news on the film.

Synopsis
When Dresca - an injured Imperial pilot - is rescued by Rebels after the Battle of Endor, she must choose between her loyalty to the Empire and the kindness of strangers she once thought of as monsters.