Last week I was lucky enough to attend Film & Comic Con, Cardiff at the Motorpoint Arena.  While I was at the Showmasters event I came across a stall stacked with these mysterious boxes.  "The Amazing Mystery Box" was the name of the stall and they were promoting a kind of loot crate subscription.  They were selling one off boxes and I fancied purchasing one to see what was in the box.  Curiosity got the better of me.

After a quick chat with the owner who said they understand what fans want and try to get official merchandise.  In fact most of the Doctor Who stuff has come from the now sadly closed Doctor Who Experience gift shop that was in Cardiff Bay.  Anyway, I asked if he had a theme related to The Bearded Trio and he keenly handed over a Star Wars themed box.  He promised me that the £19.99 boxes will have at least £40 worth of goodies and if you want to splash out a bit more then there's a box which costs £49.99 and this has at least £100 worth of surprises.  Nice!

I was eager to open the (£19.99) box so it was the first thing I did when I got back home and you can watch the video below.  If you're not into watching videos then fear not, as I've taken photos of all the items.  I've done a few of these loot crate style boxes in the past and this box is by far the best for quality of items.  Take a look at what was in the box. 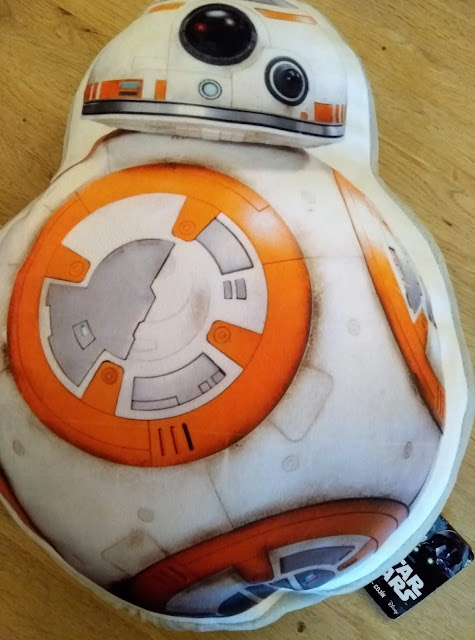 First item in the box was an official BB-8 cushion.  This will go perfect for my Netflix binge watching chair in the geek room.  A nice start. 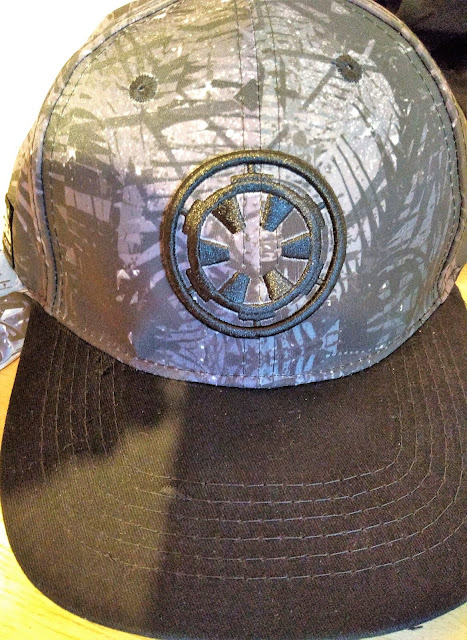 Next, it's a Rogue One cap.  I do wear caps on occasion and this felt it was made well.  Will hide my bald spot quite nicely. 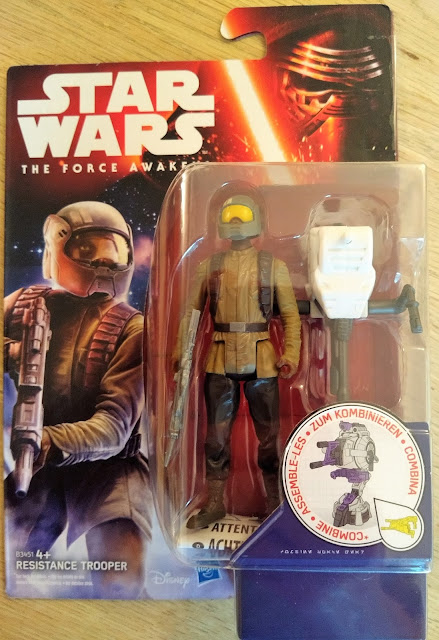 A Force Awakens figure was next.  Yes, it may be from The Force Awakens, a few years old now but I'm always happy to receive another figure for my collection, this time it was a Resistance Trooper. 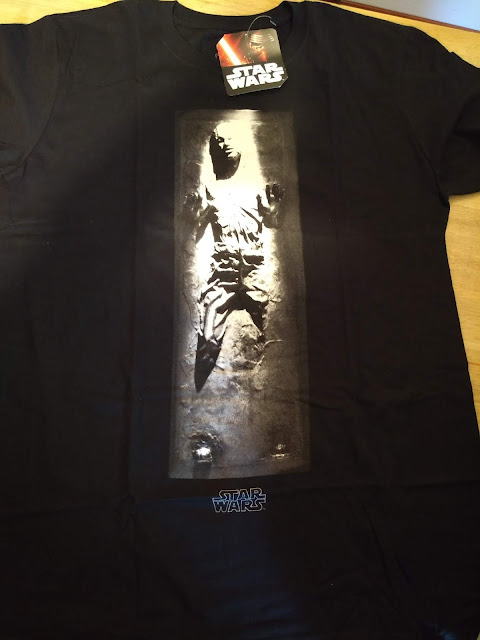 One thing you can bet you will receive in a loot crate is a t-shirt.  Some are high quality while others, unfortunately have a lot to be desired.  Thankfully this tee is official Star Wars merchandise and not only is it of the highest quality but it is suitably retro.  Perfect for me. 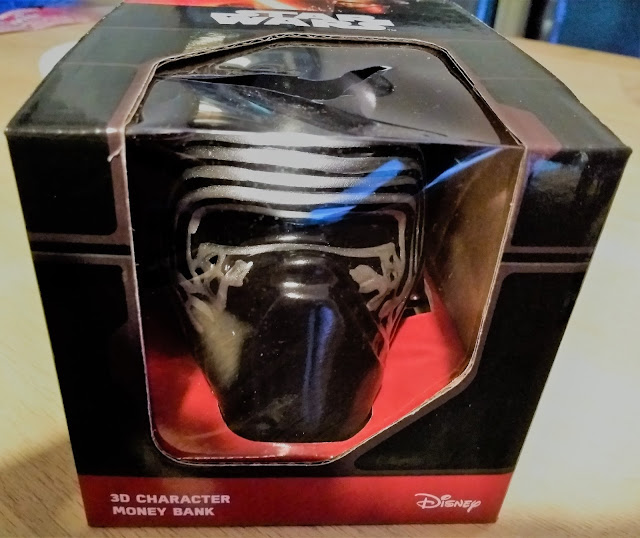 Next it's a Kylo Ren money bank.  Quite a heavy one too so hopefully my Bengal cat will struggle to knock it off the shelf.  Again, it's official merchandise. 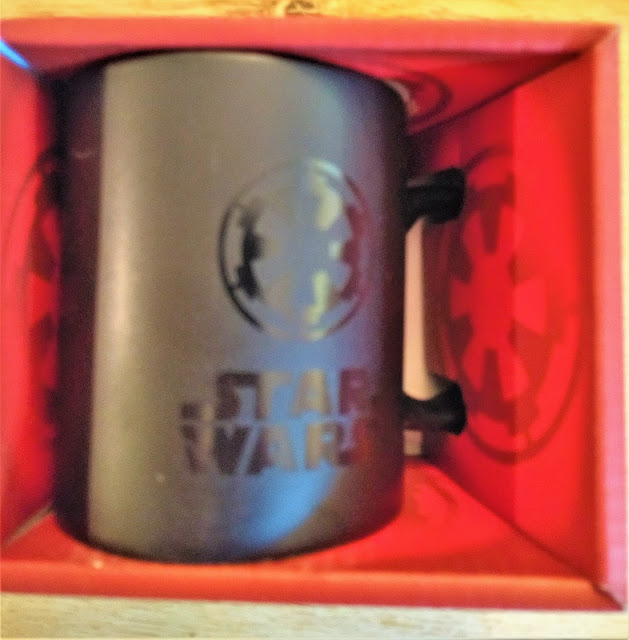 Aah! Mugs!  You either love them or hate them.  Like the tees, they are a common find in a loot crate.  I kind of like this one.  A mysterious black with the Star Wars logo.  Simple and minimal, like me. 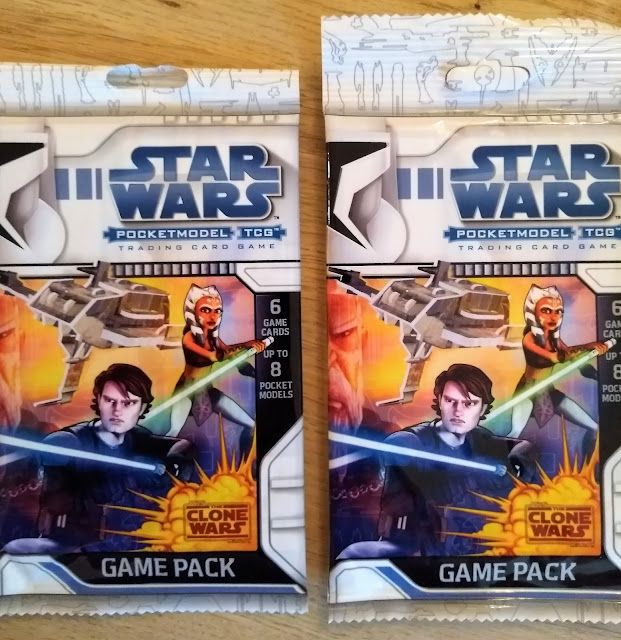 A couple of trading card packs are up next and even though I don't collect these, I am happy to see The Clone Wars being represented.  Also the cards are 3D, in which you assemble them into a Star Wars ship or vehicle. 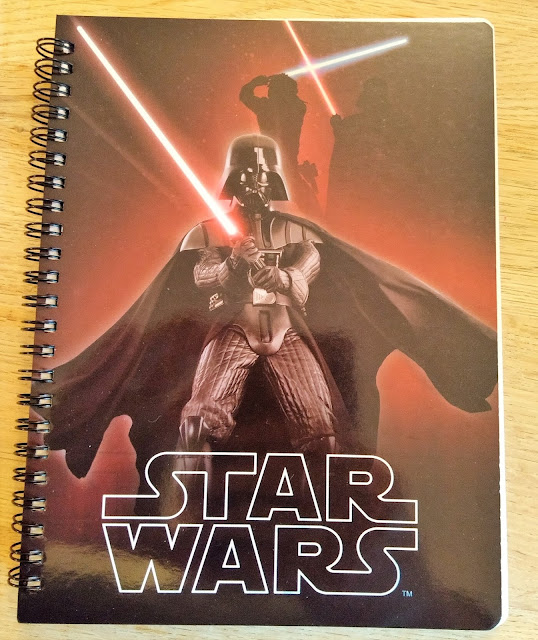 Finally, there's an official Star Wars notepad.  Not the most exciting but useful none the less and inside the cover is a sheet of Star Wars stickers.

Overall, a nice lot of Star Wars items.  Definitely worth the money.  Its nice to have a number of large items in the box.  Many times I've opened a subscription loot crate box and it has one large item and the rest is filler.  I felt suitably satisfied with the items in this box.  Yes, it would have been nice to have some Solo: A Star Wars Story items but Star Wars is Star Wars and when its official stuff, I can't really complain.

You can check The Amazing Mystery Box out here and as a bonus we have a discount code.  if you take a subscription out for a minimum of three months then enter 2FREETEE and you will receive two extra t-shirts.