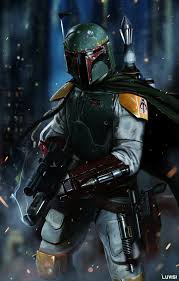 James Mangold To Write And Direct A Boba Fett Film

On the eve of the release of Solo: A Star Wars Story The Hollywood Reporter has revealed that Oscar-nominated Logan screenwriter and director is prepping a Boba Fett film.  Mangold is also known for Copland, 3;10 to Yuma and The Wolverine.

We don't normally report on rumours but this seems to be a given and as its coming from The Hollywood Reporter we felt it was safe to post.  An update to the post on THR also reveals that Simon Kinberg will co-write with James Mangold.  Kinberg has been credited as writer for a number of episodes of Star Wars Rebels.