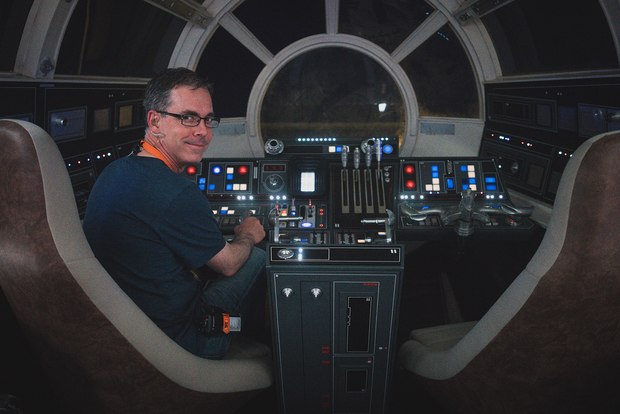 Rob Bredow has a new position at Industrial Light & Magic, the role is Senior Vice President, Executive Creative Director and Head of ILM. The announcement was made on Wednesday.

Bredow joined Industrial Light & Magic back in 2014 as a Visual Effects supervisor and did such a good job that it wasn't long before he was promoted to Vice President of new media and head of Lucasfilm’s advanced development group.

He's currently getting his hands dirty as VFX supervisor on Solo: A Star Wars Story which saw its world premiere last night in Hollywood.

What does this mean for ILM?  Well, Bredow will now be in charge of the four studios which is located in Singapore, San Francisco, London and Vancouver.  His boss will be Lynwen Brennan

Kathleen Kennedy had this to say about Rob Bredow: “I’ve been working very closely with Rob over the past two years on Solo...I have witnessed his leadership skills and creative abilities first-hand and I’ve been extremely impressed. Filmmaking is often about problem solving and Rob comes to every challenge with a strong creative point of view and the ability to find the best solution every time.”

Bredow has this to say about his new role:  “ILM is a special place. Getting to work with some of the best artists, engineers and producers in the business to create ground-breaking visuals for films and immersive experiences is an incredible honor. Having grown up on movies like Terminator 2 and Jurassic Park, I fell in love with visual effects watching ILM’s work. Being asked to lead this company in an exciting time of innovation is an incredible honor.”

Also, it's good news for Gretchen Libby as she gets a promotion to VP of Marketing and Production.  She started with ILM way back in 1997.