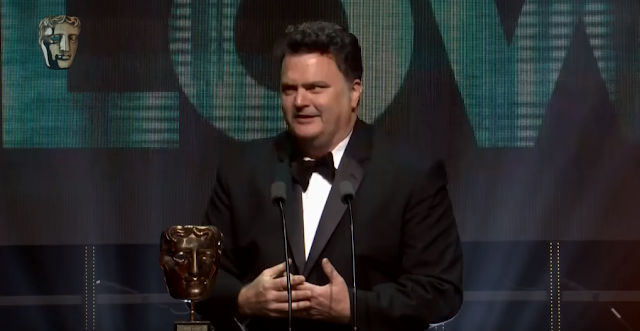 Ex-Lucasarts genius, Tim Schafer  accepted the BAFTA Games Fellowship Award on Thursday in London.  Tim brought us classics such as Full Throttle, Grim Fandango and Day of the Tentacle to name a few.  Schafer said:

“It’s kind of bewildering,” he says modestly, “because there’s nothing quite like this in America. It’s not like just being awarded with something, more like being welcomed into something. I enjoy that feeling.”

Tim Schafer founded Double Find Productions which has brought us fine games such as The Cave and Broken Age.

On the night, Giant Sparrow's What Remains of Edith Finch was crowned Best Game while Hell Blade picked up five awards.  List of winners are:

Narrative: Night In The Woods

Game Innovation: The Legend of Zelda: Breath of the Wild

You can watch the Fellowship Award ceremony below: