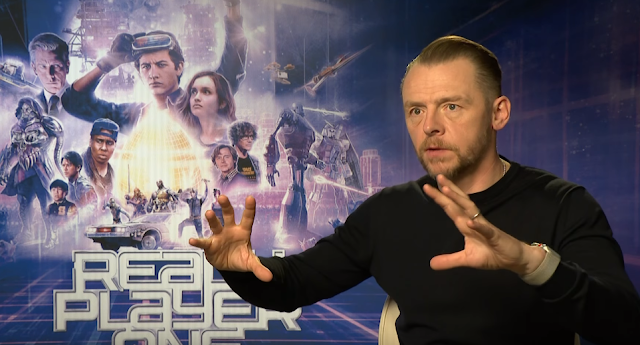 Jaws is mentioned during the interview and working with Steven Spielberg.  Pegg says Spielberg works well under pressure and was interesting to see how he was adapting to the new technology.

Simon said that he could bother Steven all day long asking to tell him stories.  He doesn't but if he did, Spielberg would gladly oblige.