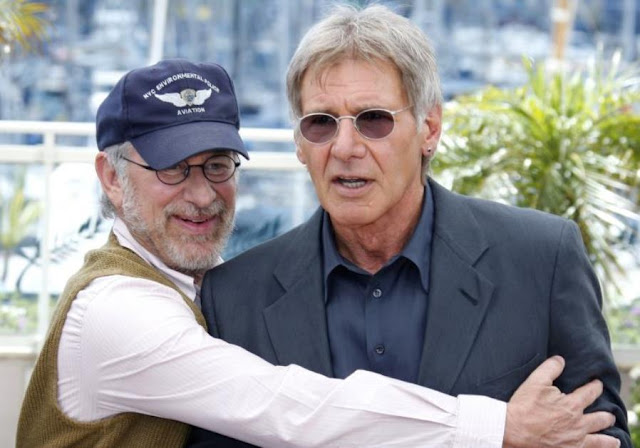 I Just want to comment about the latest news story doing the rounds on the web regarding Spielberg "wants" the next Indiana Jones after the fifth instalment to be a woman.

This story was first published in The Sun, a British tabloid that has a history of exaggerating stories. The wording of what Spielberg said was this:

In an exclusive interview, Spielberg nodded...“We’d have to change the name from Jones to Joan. And there would be nothing wrong with that.”

It also has the sentence ...Believes its time the explorer 'took a different form.' No where does it say that Spielberg said these words and just because something is in quotes doesn't make it true. 'Don't believe everything you read on the Internet' - Benjamin Franklin.

Now I just want to add and reiterate that I would have no issues with a change from male to female, after all it would be more amazing adventure movies and that's no bad thing.

However, the web has blown up with headlines saying Spielberg WANTS the next Indy to be female. He didn't say that. I even think the quote was taken out of context. I bet he was smiling and laughing at the time. Look it wouldn't be bad if it happened and I know Spielberg thinks the same thing but I just want to put the record straight that Spielberg in no way confirmed that this is going to happen. Websites have taken that little bit from the Sun and run with it. That's why we haven't published anything about it on our site.