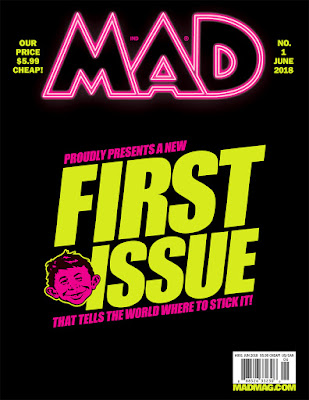 We've featured a number of iconic MAD magazine covers on this site over the years that featured a Steven Spielberg or George Lucas movie.  Who can forget the Close Encounters parody cover or the various Star Wars ones in the instantly recognisable MAD style?  Well the mad MAD magazine is back. 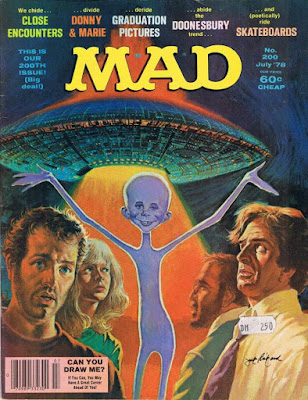 In celebration of the relaunch of MAD Magazine and today’s debut of a new issue no. 1, America’s #1 humor magazine is revealing a new kind of MAD-ness with its first-ever digital channel debuting April 20 on Twitch at twitch.tv/madmagazine.

The iconic brand will also extend its digital presence with The MAD Podcast!, an all-new bi-monthly series launching this summer on iTunes, Stitcher and the newly improved MAD blog. Available on newsstands and via digital download today, the June 2018 issue of MAD Magazinemarks a fresh look for the fan-favorite brand.

Broadcasting live from MAD’s new Burbank headquarters, initial programming for the new Twitch channel, lead by Senior Editor Dan Telfer, will comprise a collection of comedy guests including Steve Agee, Jordan Morris, Thea Lux, Candy Lawrence, Erin Tracy, Sean Ellis, Gerry Duggan, Joe Kwaczala, among others, alongside narrated video game runs, live art sketches and must-see tabletop game challenges. From wild gaming antics to absurd discussions with a premiere guest lineup, viewers will get a hysterical glimpse into the creative minds behind MAD, while engaging with other fans across the country. The official MAD Magazine Twitch channel will launch on Friday, April 20 at 4 p.m. PST. Fans can tune-in to MAD’s bi-weekly broadcasts on Fridays from 4-6 p.m. PST at twitch.tv/madmagazine. 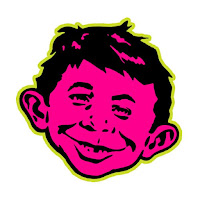 Combining new perspectives with classic MAD wit, The MAD Podcast! is an upcoming bi-monthly podcast series hosted by Editor Allie Goertz. The podcast slate will include a variety of scripted and conversational content featuring interviews with notable contributors, as well as celebrity fans. The MAD Podcast! will also feature scripted comedy bits, call-ins and original music, written and produced by Allie Goertz and Assistant Editor Casey Boyd. Listeners can tune in to The MAD Podcast! on iTunes, Stitcher and the MAD blog later this summer. 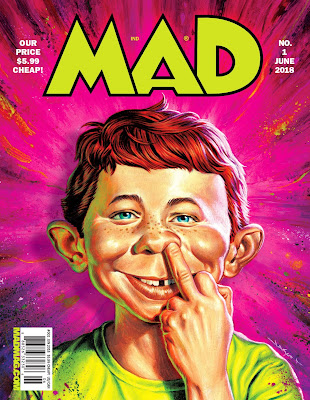 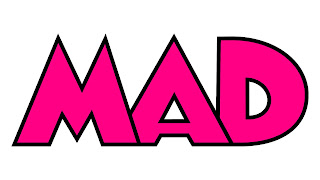