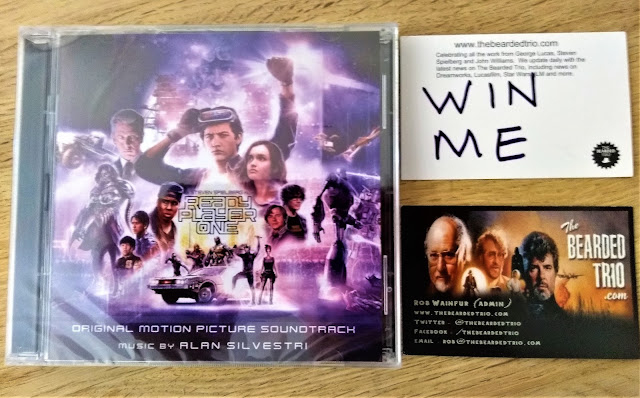 We loved Ready Player One at the cinema and the Alan Silvestri soundtrack that accompanied it was a perfect fit to the Spielberg movie.  With cues from Back to the Future cleverly added to embrace the 80's vibe, it's a soundtrack that we at The Bearded Trio strongly recommend you have in your collection.

We love it so much that we wanted to run a competition and give you a chance of winning a copy of the soundtrack for you to enjoy.  The Ready Player One soundtrack comes on two discs and the track listings are: 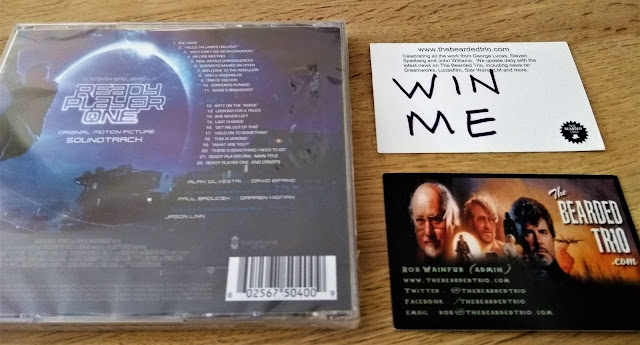 The Competition
To be in with a chance of winning the Ready Player One soundtrack take a look at the picture below of Wade in his van.  We've hidden a golden Easter egg somewhere in the picture.  All you have to do is go on a Easter egg hunt and let us know which square the egg is in.  Use the grid to help and answers should be the letter followed by the number. 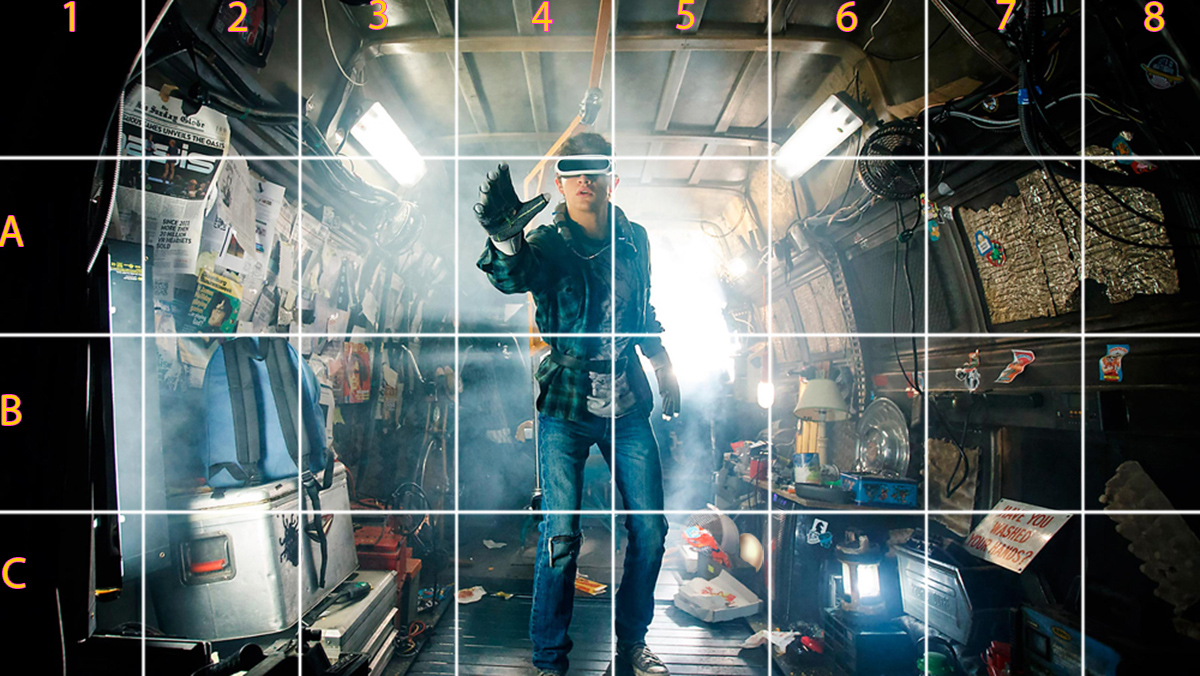 One lucky winner will win the Ready Player One two disc soundtrack. We are making the competition available to everyone all over the world and one answer will get you entered. We will choose a lucky winner completely at random. The winner will be contacted for a mailing address and we will aim to get the CD out within a few days of winning. We cannot substitute the prize and unfortunately we cannot be responsible for loss in the post. Closing date is Saturday 5th May, 4pm GMT.

Ready Player One is currently showing at a cinema near you.

From filmmaker Steven Spielberg comes the science fiction action adventure “Ready Player One,” based on Ernest Cline’s bestseller of the same name, which has become a worldwide phenomenon.

The film is set in 2045, with the world on the brink of chaos and collapse.  But the people have found salvation in the OASIS, an expansive virtual reality universe created by the brilliant and eccentric James Halliday (Mark Rylance).  When Halliday dies, he leaves his immense fortune to the first person to find a digital Easter egg he has hidden somewhere in the OASIS, sparking a contest that grips the entire world.  When an unlikely young hero named Wade Watts (Tye Sheridan) decides to join the contest, he is hurled into a breakneck, reality-bending treasure hunt through a fantastical universe of mystery, discovery and danger.

Check out the film’s official page and head over to Warner Bros. UK YouTube channel: http://po.st/0Zuekk