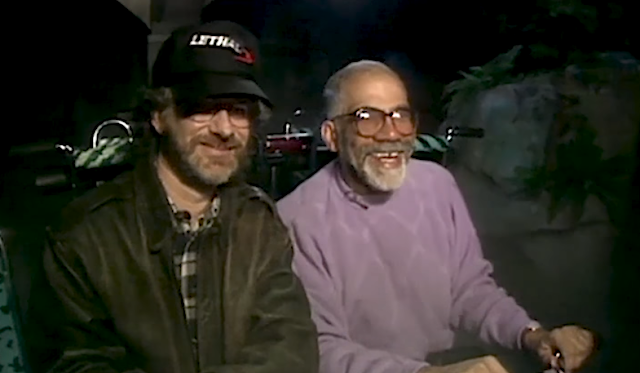 In this classic interview with Steven Spielberg, the iconic director discusses how he still gets nervous at work just as he did in school.  Ed Bradley asks the questions for '60 Minutes' and there is a wonderful scene where we see Spielberg playing some of his video games.  The Classic Bubble Bobble and Final Lap 2 are some of the games we see Spielberg playing in his office and admitting to the interviewer: "This is the kind of place where, potentially we could get no work done."

Also in the interview is Spielberg's mother, Leah Adler who remembers when they bought Steven a movie camera and went shooting in the desert.  She reveals how she would write a note to get Steven out of school just so they could go make movies.  "I just had a ball with him" admits Leah Adler.

We also see Spielberg walking around Universal Studios stopping by the 'Back to the Future' square and witnessing the shark from the 'back lot' tour working perfectly once more. 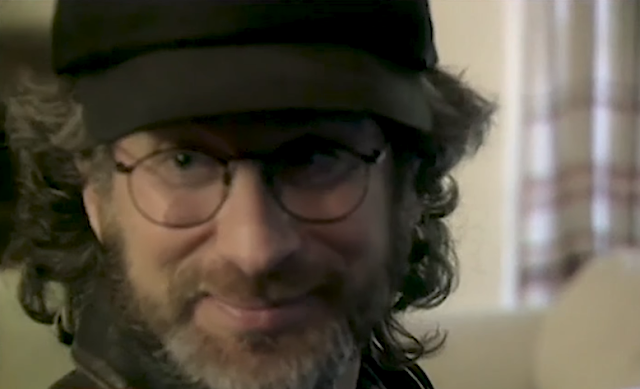 "There's the shark right there, there's Jaws.  Now, why the shark works so well here everyday and I couldn't get the damn thing working for two months at Martha's Vineyard in 74 I'll never know." said Spielberg.


At the time of the interview, Spielberg still hadn't won an Oscar for best director and he explains that it didn't bother him as there was still time.  He did admit that he was frustrated when 'The Color Purple' was nominated in twelve categories but best director wasn't one.


The video shows a classic looking Steven Spielberg with his beard and just one of many caps, this time sporting a 'Lethal 3' cap.  'Lethal Weapon 3' was released in 1992 by Warner Bros.  It really is a classic interview and if you're a Spielberg fan then it's a must watch.  You can watch the video below.