Steven Spielberg Confirms Indy V Will Be Shot In The UK At Empire Awards. The Last Jedi Picks Up Multiple Awards. 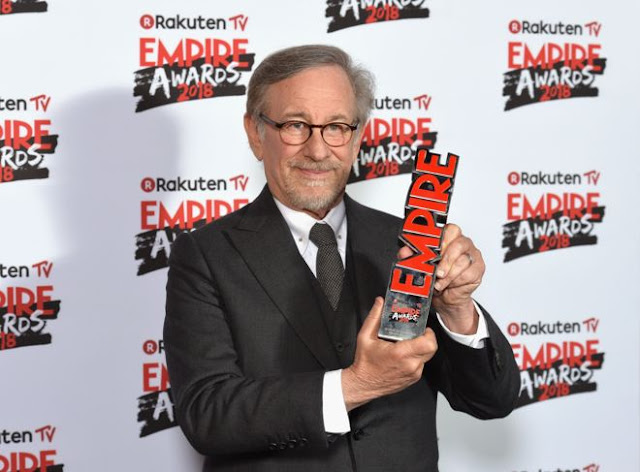 Steven Spielberg was handed the 'Legend of our lifetime' award at the Rakuten TV Empire Awards last night and took the opportunity to mention the 'Time's Up' movement.

“It’s been a rich and diverse year for film and for gender and for race, and for speaking out. Thank you, Time’s Up. We were very much on board from the very beginning. This is more important than any of us can ever really realise.”

He also confirmed that the fifth Indiana Jones movie will be shot in the UK which was met with a huge applause from the audience.

During his speech Spielberg took the opportunity to thank the special collaborators he's had the fortune of working with over the years.  These included film editor, Michael Khan who Spielberg has worked with for 42 years.  Other mentions were Janusz Kamiński, Joanna Johnston, Kathleen Kennedy, Frank Marshall and of course, John Williams.

Star Wars did well at the awards picking up best actress for Daisy Ridley in The Last Jedi and Mark Hamill picked up the 'Empire Icon Trophy.'  Hamill said:

“Empire I think of as a magazine written by fans, for fans. First and foremost, that describes me, and I think the fans realise that — I’m one of them,” he said, adding: “I share this with all of you, and with the fans. Without them, I certainly wouldn’t be standing here.”

The film itself also picked up the best film prize.