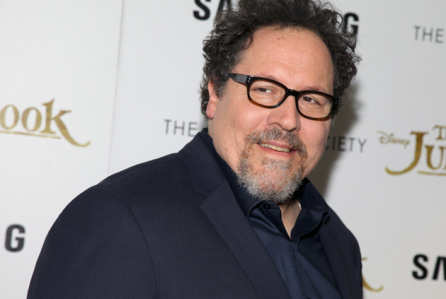 Lucasfilm has just announced that Emmy-nominated producer and actor Jon Favreau has signed on to executive produce and write a live-action Star Wars series for Disney’s new direct-to-consumer platform. Favreau is no stranger to the Star Wars galaxy having played roles in both the Star Wars: The Clone Wars animated series and in the upcoming Solo: A Star Wars Story.

“I couldn’t be more excited about Jon coming on board to produce and write for the new direct-to-consumer platform,” says Lucasfilm president Kathleen Kennedy. “Jon brings the perfect mix of producing and writing talent, combined with a fluency in the Star Wars universe. This series will allow Jon the chance to work with a diverse group of writers and directors and give Lucasfilm the opportunity to build a robust talent base.”

You may remember Jon from being the director for The Jungle Book or Iron Man 1 and 2.  Also he is well known with fans of the 90's sit-com, Friends as he played Pete Becker.  You know the one who dated Monica and then wanted to be the Ultimate Fighting Champion.