John Williams to Bequeath Concert and Film Scores to Juilliard 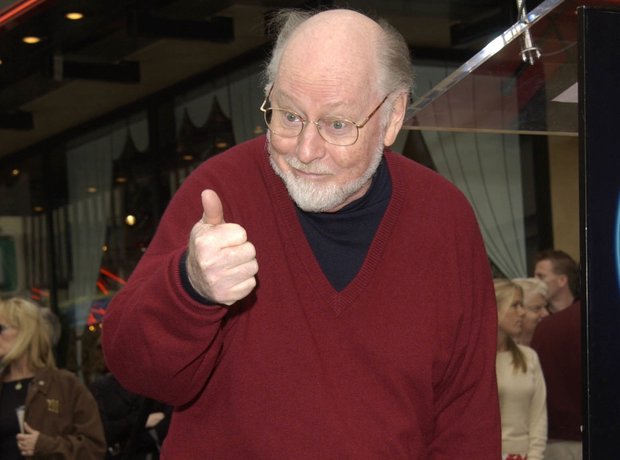 The Juilliard School announced today that it has received a bequest from Academy Award-winning composer and conductor John Williams of his complete library of concert music and film music scores as well as his sketchbooks. Mr. Williams, who studied piano with longtime Juilliard faculty member Rosina Lhévinne, announced the gift at a special alumni event held in Los Angeles at the Four Seasons Beverly Hills, where Mr. Williams was also presented with a President’s Medal by Juilliard President Joseph W. Polisi.

Acknowledging this gift, Juilliard President Joseph W. Polisi said, “We are deeply grateful to John for his extraordinary generosity in bequeathing Juilliard his extensive library of both concert and film scores. John has been a wonderful friend and colleague for many years. His artistry, creativity, and endless imagination make him one of the most admired and respected musicians of our time. His gift will be a unique resource for all of our musicians at the school, particularly composition students who can study first-hand John’s breadth and versatility as a composer.”

“Since my earliest days as a fledgling piano student, I have looked up to the Juilliard School as the Mecca for the study of music in our country and beyond,” Mr. Williams said. “It’s therefore a privilege for me to donate my sketches, papers, and scores to Juilliard, to be made available to those students particularly interested in the intimate processes of film scoring.“

Juilliard’s vice president for library and information resources, Jane Gottlieb, said: “The John Williams Music Collection will be an extraordinary resource for scholars, students, and all who are interested in understanding his career as a composer and conductor.

The John Williams Music Collection will be part of the Peter Jay Sharp Special Collections and Juilliard School Archives, which also include the Jennie Tourel, Soulima Stravinsky, and many other notable collections. The Special Collections are housed in the school’s Lila Acheson Wallace Library. In appreciation of all of these generous donations, Juilliard exhibits materials from these collections on a regular basis.

Mr. Williams, who turned 86 in February, is in his 60th year of composing concert music as well as music for films and television. His next major work is a fantasia for cello, harp, and orchestra that will be premiered by the Boston Symphony Orchestra on August 19 at Tanglewood as part of the Leonard Bernstein Centennial. He wrote the work, Highwood’s Ghost, for Juilliard cello alumnus Yo-Yo Ma and harpist Jessica Zhou. Mr. Williams holds the title of Boston Pops Laureate Conductor, which he assumed following his retirement in 1993 after 14 successful seasons. He also holds the title of artist in residence at Tanglewood.

Mr. Williams has received five Oscars and 24 Grammys—the most recent Grammy was in January. He has received 51 Academy nominations, more than any other living person. His latest nomination was for his score to Star Wars: The Last Jedi. He has composed the music and served as music director for more than 100 films, including all eight Star Wars films, the first three Harry Potter films, Superman, JFK, Born on the Fourth of July, Memoirs of a Geisha, Far and Away, The Accidental Tourist, Home Alone, and The Book Thief. His 40-year artistic partnership with director Steven Spielberg has resulted in many of Hollywood’s most acclaimed and successful films, including Schindler’s List (recorded with violinist Itzhak Perlman, a Juilliard faculty member and alumnus), E.T. The Extra-Terrestrial, Jaws, Jurassic Park, Close Encounters of the Third Kind, the Indiana Jones films, Munich, Saving Private Ryan, The Adventures of Tintin, War Horse, and Lincoln. Mr. Williams’ contributions to television music include scores for more than 200 television films. He also composed themes for the 1984, 1988, and 1996 Summer Olympic Games, and the 2002 Winter Olympic Games.

In addition to the awards mentioned above, Mr. Williams has received seven British Academy Awards (BAFTA), four Golden Globes, five Emmys, and has had numerous gold and platinum records. He received the prestigious Kennedy Center Honors in December 2004. In 2009, he was inducted into the American Academy of Arts and Sciences, and that same year he also received the National Medal of Arts, the highest award given to artists by the U.S. Government. In 2016, he received the 44th Life Achievement Award from the American Film Institute—the first time this honor was bestowed upon a composer.

The son of a CBS radio orchestra percussionist, Mr. Williams was born in Flushing in 1932 and started studying piano at the age of 6. His family moved to Los Angeles when he was in high school, and he subsequently attended UCLA and Los Angeles City College, concentrating on the study of orchestration. He also studied composition privately with Italian composer Mario Castelnuovo-Tedesco. Serving in the U.S. Air Force during the Korean War, he played, conducted, and arranged music for military bands. In 1954, after having completed two years of military duty, he began his piano studies with longtime Juilliard faculty member Rosina Lhévinne and also played jazz piano in nightclubs. He returned to Los Angeles in 1956, securing his first job with the film industry as a studio pianist. One of his first projects was South Pacific. He has worked with a number of accomplished film composers, among them Bernard Herrmann, also a Juilliard alumnus.

Mr. Williams’ relationship with Juilliard has continued over the years—in 2004, he received an honorary doctorate and in 2006, he conducted the Juilliard Orchestra in the school’s centennial gala, which was broadcast on Live From Lincoln Center on PBS. In 2011, Juilliard named its orchestra library, which houses scores and parts for the Juilliard Orchestra and other ensembles, after him.

About Juilliard’s Library and Archives

Founded in 1905, The Juilliard School is a world leader in performing arts education. Juilliard’s mission is to provide the highest caliber of artistic education for gifted musicians, dancers, and actors from around the world so that they may achieve their fullest potential as artists, leaders, and global citizens. Located at Lincoln Center in New York City, Juilliard offers undergraduate and graduate degrees in dance, drama (acting and playwriting), and music (classical, jazz, historical performance, and vocal arts). Currently more than 800 artists from 40 states and 38 countries are enrolled at Juilliard, where they appear in more than 700 annual performances in the school’s five theaters; at Lincoln Center’s Alice Tully and David Geffen Halls and at Carnegie Hall; as well as other venues around New York City, the country, and the world. Beyond its New York campus, Juilliard is defining new directions in global performing arts education for a range of learners and enthusiasts through The Tianjin Juilliard School and K-12 educational curricula.