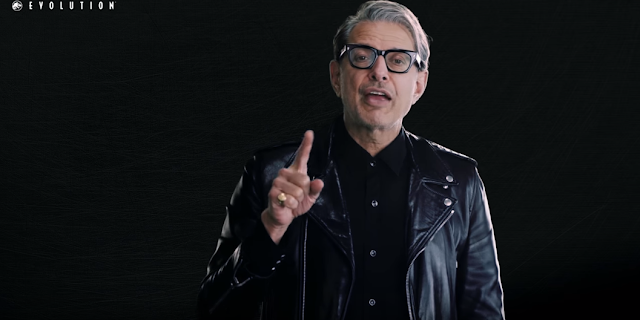 Jeff Goldblum is to star in the new Jurassic Park game from Frontier.  Jurassic World Evolution sees you in charge of your own Dino-park and you get to build it, manage it and mess it up if you wish.  If you're familiar with Frontier then you will know they are a talented lot who brought us Elite Dangerous and Planet Coaster, both of which I own and can tell you are exceptional games.

Jeff has also given the new Jurassic Park game "ten Goldblums out of ten Goldblums" so what more do I need to say?  Obviously he will return as his character, Dr Ian Malcolm.  Big question is, will we get that laugh?

I wonder if he will tell us all to turn off the game and go outside like he did when he appeared in the 1997 Playstation game, The Lost World: Jurassic Park?