Is Saying "It's Not As Good As The Book" Unfair On Movies? 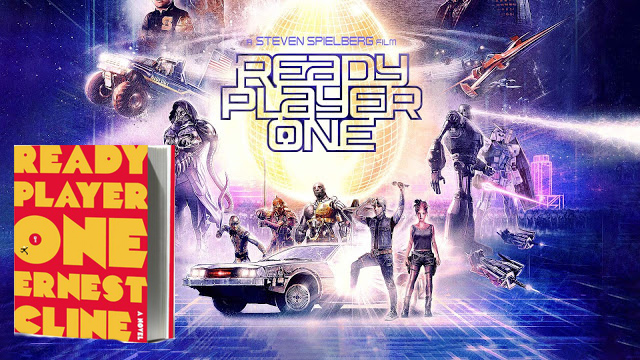 With the release of Ready Player One the phrase "it's not as good as the book" is something I've heard frequently in the last few weeks.  This is even before critics have seen the movie.  Anyway, that's beside the point.  What I want to point out is that it doesn't matter if the book or original content is better than the movie. You should still enjoy both.

Yes, you may be a little disappointed that a certain scene that played out in your imagination thanks to the author's talented way of painting a picture in your mind has been left out of the movie version but, and this is the big question, shouldn't we be taking movies for what they are, a movie?

That sounds pretty obvious but what I'm saying is that movies get a lot of criticism because it's the easy target.  Saying the movie wasn't as good as the book instantly makes the person saying it feel superior.  They read books, that's great.  They knew about the story before the masses went to the cinema and experienced it for the first time, well done.  But movies based on books are generally a two hour window to tell a story that an author has laid out in hundreds of pages of written material.  We should except the medium of movies for being what they are.  I don't want four hour movies.  Damn!  I moan if it comes in over two hours.  It's inevitable that a movie tie-in is going to have missing pieces from the book and generally if you've read the book first then you're going to notice those absent scenes.  Pacing in movies is an important factor and sacrifices have to be made, it's inevitable that scenes will get dropped to make the movie flow.  We should enjoy the fact that we have a version of that book on the big screen.  When we go to see a show based on a book on Broadway or the West End, we don't expect to see everything as we have a preconception of format we're going to experience.  Shouldn't that be the same with movies?  I've read Les Misérables and seen the show.  I'm happy both versions exist.

Yes, the book is generally better than the movie if you want to experience the full picture the author was trying to bring to you but that was because it was designed first to be told through the written material and not the movie's brief window of opportunity.  I was warned not to watch 'The Martian' especially if you've read the book.  I had and I did watch the movie, I loved both.  The movie had some scenes missing from the book but it didn't stop me from enjoying it.  Yes, there were some scenarios that made more sense in the book because the author could explain what the science behind the scene was about but I still enjoyed the two hours of Martian life on my TV with an epic soundtrack and incredible cinematography.

Enjoy the books and the movie versions of those books.  There's no reason why we can't enjoy both.  Now video game movie tie-ins.   Don't get me started on those.

Hope you all enjoy Ready Player One.