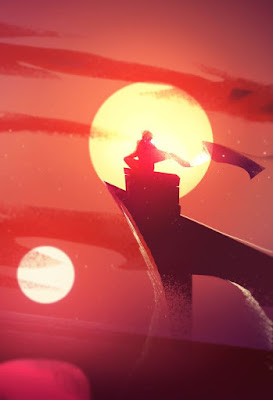 So where do I begin?  This is difficult so here goes.  Okay, for some time now I've been thinking of walking away from the whole blogging and fandom universe.  It's been on my mind for at least a year, probably two.  The reason?  Well, I suppose it's easy to blame the current state of the various fandoms or social justice warriors but that's not the case.  It's me. I want to be a fan again.  For some time now I've lacked the enthusiasm I used to have for a new film, TV show or video game.  I see other fans and bloggers who are hyped for the latest Star Wars or Jurassic World movie but me?  I seem to be able to take it or leave it.

I've enjoyed running the website and posting for imminent movie releases and re-releases but it does seem these days I'm going through the motions and just writing what studios want them to post and when convenient.  Studios will contact me and ask me to post an "exciting" press release where they have announced they are teaming up with a company to produce toilet rolls with their franchise plastered over it.  Or perhaps to tell you that their shareholders are extremely happy.  But when it comes to the big blockbuster releases, that communication from those same studios are strangely silent, instead they run to the (understandably I suppose) big entertainment websites to give them an interview with the cast or give them the exclusive on a trailer, poster or TV spot.  Easy to forget the small outlets and use us when convenient.  Not going to get THR to promote that toilet roll, use the small blogs for that.

That last bit sounds like sour grapes and believe me it's not. Just an observation that hasn't helped with my current state of mind.  I understand that movie companies and the like use the biggest outlets to get their franchise out there but when you hear that same company complain that viewing figures and box office takings are down, you have to wonder if they should change their approach to their promotional strategy.  Embrace the fan community a bit more rather than the easy quick bang for your buck approach.

Anyway, it's ground me down a little and where as I've enjoyed talking about the past greats such as E.T, Close Encounters, Jaws etc I'm thinking that taking a step back and enjoying them again for what they are, great movies without the need to write about them constantly sounds appealing to me.

Running the site does take up a lot of my time and when a hobby becomes an "oh no, I've got to do that tonight" moment then it's time to take a step back.

So what does this mean for The Bearded Trio?  It will still be here, but maybe the daily news element will become an 'if and when.'  We will still have the excellent movie reviews delivered by the Brothers Gibbs.  Guest posts will still happen and as I say, if it's big news we will post it.  I also enjoy running the social media pages because of you.  I love the interaction with the fans and that, I will be honest is what has kept me coming back for the last year so thank you for all your support.

I am still and always will be a huge fan of Steven Spielberg, George Lucas and John Williams.  George said this week that's he's "out of the game" I want to at least be on the reserve bench for a while.  Perhaps taking a step back will ignite that enthusiasm once more.

PS - There is no toilet roll. 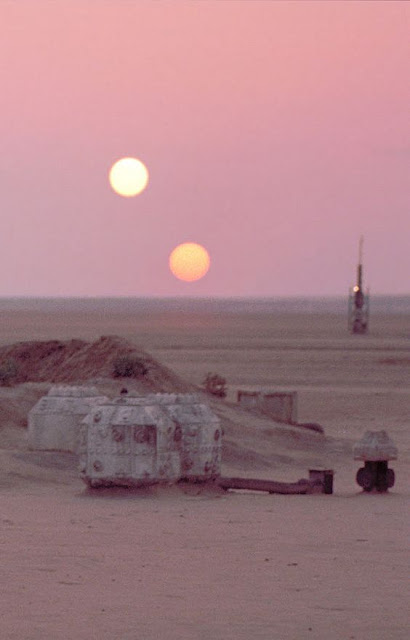