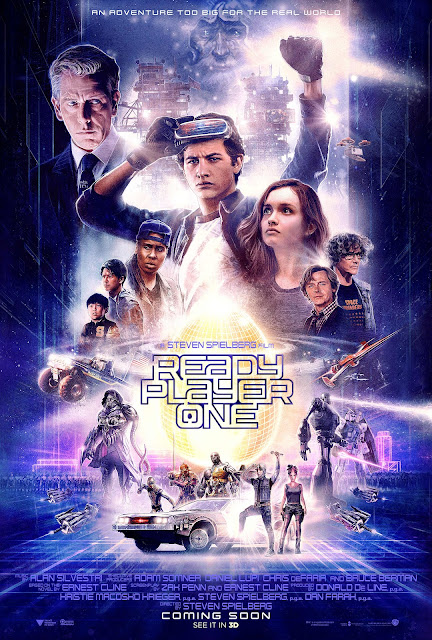 There's a new poster for Steven Spielberg's Ready Player One and it has a Drew Struzan feel.  It also has an 80's vibe channeling the movie's retro influence.  It features characters such as James Halliday (Mark Rylance) and Og (Simon Pegg) with (quite rightly) the Delorean taking centre stage.  There is a nice nod to Back to the Future with Tye Sheridan’s Wade's pose emulating Marty Mcfly in the classic poster.

The poster artist is fan favourite, Paul Shipper.  A visit to his website to check out his other work is a must.  Obviously he's a Spielberg fan.

It's nice to see a return to a movie studio using a talented artist to create a poster for a movie rather than the bland 'character looking behind them', over photoshopped posters we so often get. 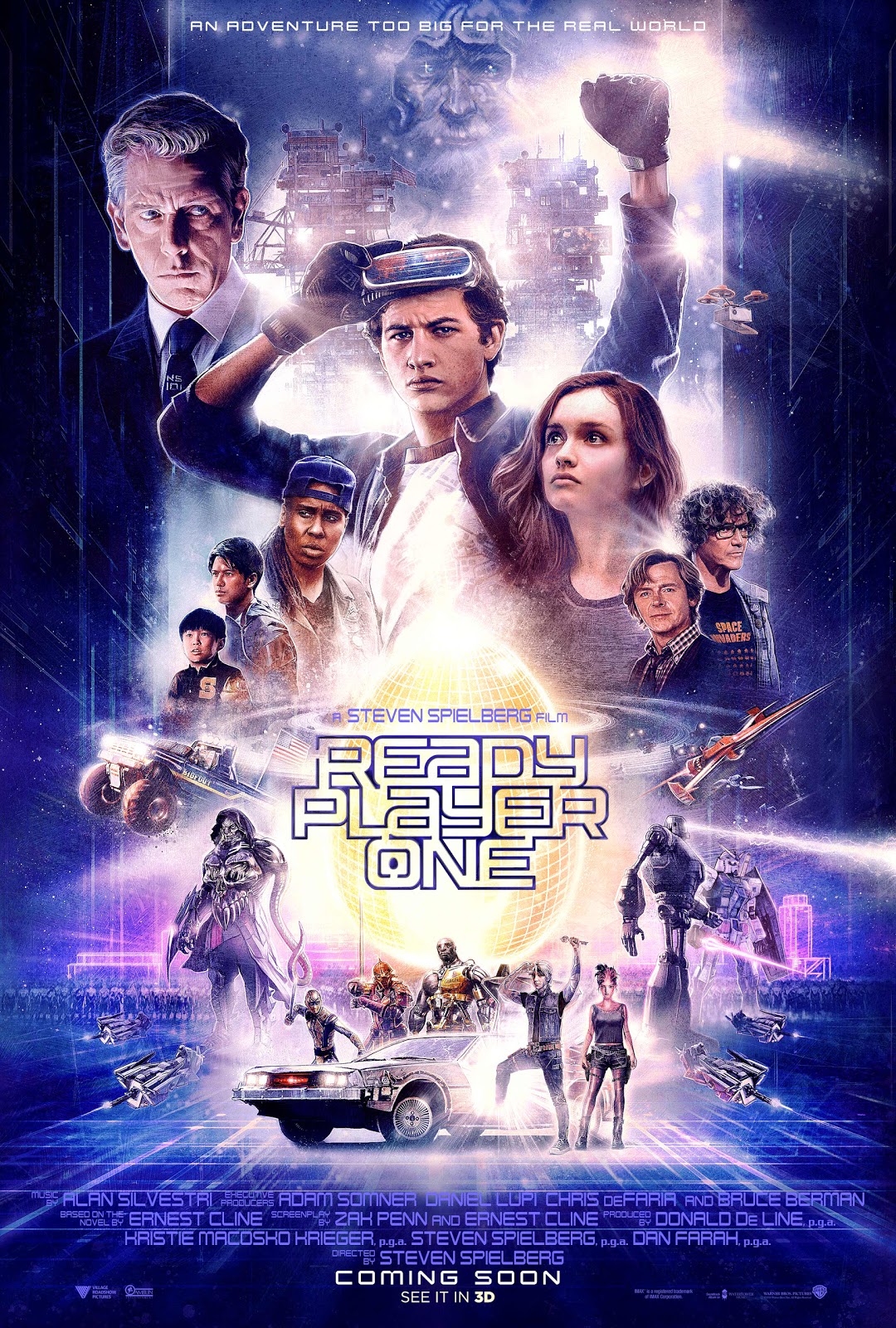