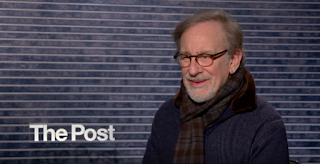 A lot has changed since Steven Spielberg started his moviemaking career so many years ago. With computers (and their talented programmers) now able to create almost any kind of special effect imaginable, it's easy to overlook how ground-breaking some of Spielberg's pre-CGI films were. Granted, some of them -- even though they were state-of-the-art at the time -- look downright old-fashioned today, but some have stood the test of time very well. We talked to Spielberg and asked which of his film's effects have held up the best.

Spielberg’s latest masterpiece, The Post, stars Tom Hanks and Meryl Streep, and it's in theaters now.