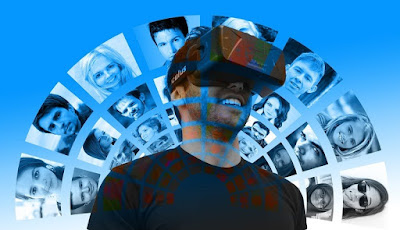 Steven Spielberg is at it again. Following the success of 2017’s The Post, starring Tom Hanks and Meryl Streep, he is donning both his director and producer hats for a fresh release entitled Ready Player One. The narrative, originally a successful novel, revolves around OASIS, a virtual world that the people of the not-so-distant future spend all their time in. The film, slated for a March 2018 release, will bring the concept of a virtual world to our very physical one.

Spielberg is often tasked with bringing the future to the present and Ready Player One promises to do just that.

The owner of OASIS dies and bequeaths the world to whoever can solve the many games and puzzles he has laid out. Enter our protagonists who attempt, against their rivals, to solve the puzzles they have spent so long playing, to truly change their lives. Also enter the evil corporation who wants to control OASIS for themselves, and who ultimately becomes the main obstacle in the way of solving the games. Bringing together real-life video games and the virtual world, the film acts as a soft opening to what a virtual world may look like. The cast are relatively unknown, so accessible enough to launch a franchise in their own right (much like the original Star Wars making a name for its stars).

Virtual reality, and the many components that comprise it, is the buzzword of the moment, and it’s no surprise given how prolific it is set to become. Originally only the Google Glass or Oculus Rift (acquired by Facebook in 2014 for $2billion) were the mainstays of VR technology, which looked to revolutionise console gaming. Since then, there have been advances in both practical – VR university campus tours, and house tours – and the entertainment based, such as the VR exercise equipment known as ICAROS. The scope for VR looks to continue to encroach on our everyday lives, and Spielberg’s film will likely help us feel comfortable with it.

But, having a VR-based world is not something so far off in the future. As well as consumer equipment, virtual reality is also revolutionising how things are done both in a digital sphere and a metaphysical world. Virtual reality has also gone as far as to feature on the average lottery winner's bucket list, with the concept of VR lotteries reaching the mainstream consumer market. By adding a virtual dimension to something as simple as how people choose to play the lottery, the technology can slowly infiltrate into our lives and change them in ways we only dreamed of. No doubt Ready Player One will showcase the many benefits of a world steeped in virtual reality.

Ready Player One – backed by such an illustrious filmmaker – will no doubt open as a roaring success, and will warm up older generations to the idea of virtual reality. They will see the benefits of a VR world and then have the opportunity to engage with one in a way that they are comfortable with.

Ready Player One Is Set To Release In March 2018