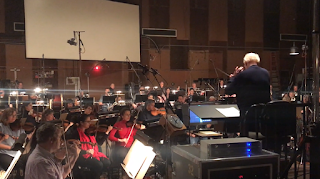 Star Wars and John Williams.  Those two go together like fish and chips (yes, I'm a Brit) or bacon and egg.  Thankfully, we were treated to more from the maestro for the latest instalment of the space opera with The Last Jedi. 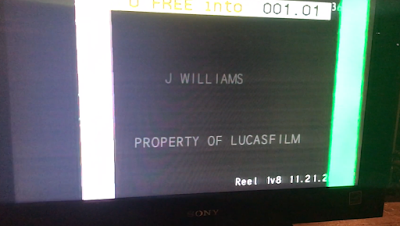 Director, Rian Johnson posted this wonderful video on his Vimeo account a few days ago and I just had to share with you.  It shows the composer conducting the latest soundtrack.  I don't care what anyone says, he hasn't lost his touch.

Watching him at work, especially when it comes to Star Wars, it's still goose-bump inducing.


Nothing I can type will set this up well enough, so I’ll just say: John Williams.  https://t.co/KpPnDMcOoL
— Rian Johnson (@rianjohnson) January 23, 2018


If you're not on twitter you can watch the video below:

John Williams! from rcjohnso on Vimeo.