Movie Review: "Call Me By Your Name" Is More Interesting To Discuss Than It is To Watch 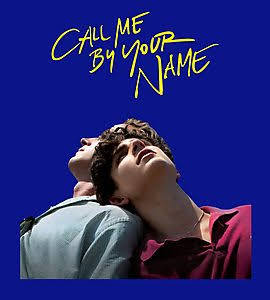 If you watched Moonlight and thought "you know what this story needs is a lot more rich white privilege", then Call Me By Your Name is the movie you've been waiting for, my friend.

Like the celebrated novel that inspired it, the film tells the story of Elio (Timothée Chalamet) , a seventeen-year-old American boy who lives in the Italian countryside with his parents in 1983. His father, an archaeology professor (Michael Stuhlbarg, a great actor whose last name unfortunately sounds like something that the Tidy Bowl Man ran into with his boat) invites a 24 year old an American graduate student, Oliver (Armie Hammer), to live with his family and help with his academic paperwork, and Elio and Oliver form an attraction and eventually begin a sexual relationship. "Call me by your name, and I'll call you by mine" Oliver tells Elio, beautifully symbolizing the deep seeded need for every story to have some sort of title.

This not so much a gay love story as it is a bisexual, erotic coming of age story (Elio also has a very active relationship with a young Italian girl that summer), and there simply isn't the emotional connection to pull you in like there was in Brokeback Mountain or other films that got this kind of attention. Part of that is the lack of conflict or repression that you expect in this kind of film: despite Oliver initially avoiding Elio's advances, there is no overriding "forbidden love" element, as Elio's parents don't disapprove, and any element suggesting that a long term monogamous relationship isn't possible is barely touched on until the end of the film. When it is addressed, it does earn points for being done with subtlety, but also dismisses some of the complexity that the novel brings to the story (the novel flashes forward to Oliver and Elio meeting again many years later, where the film avoids this, possibly for fear of falling into the trap of laughable middle-age make-up that so hurt the final section of Brokeback Mountain. On one hand, the scene at the end of the film between Stuhlbarg and Chalamet wherein the father and son have a man to man talk about Elio's broken heart is really wonderful (a lot of the credit for this has to go to Stuhlbarg, who gives the most satisfying performance in the film), and there is certainly value in a story about a gay relationship that isn't all about guilt and self loathing. But without those elements, Elio is really just a very typical shallow teenager, intensely preoccupied with sex,  which is easy enough to relate to, but it's hard to find him particularly intriguing or endearing. Truthfully, the character is so self absorbed and lacking in  attractive qualities that I found him difficult to like, and the urbane and sophisticated (except for when he tries to dance and suddenly turns into Brendan Fraser in a bad comedy) Oliver feels far too grown up to be drawn to him. Chalamet gives a strong performance that I found worthy of attention but not of serious Oscar consideration, and Hammer (a truly terrific actor when cast in the right part) simply doesn't belong in the role because he is too old, and as such has a very difficult time playing it convincingly.

The element of the characters' Judaism, while meant to give the two lovers an added connection, almost feels like it is just something to occasionally bring up to avoid the "#OscarsSoWhite" feeling that pervades the film, mainly because Armie Hammer is almost as convincingly Jewish as he is only 24. And there we get to the crux of the controversy, the age gap: the biggest problem is in the casting. If this was a about Armie Hammer staying with the parents of say, Natlalia Dyer (who plays Nancy on Stranger Things) and having an affair with her, there would be a lot less people defending the age difference. But before you jump to hard on that point, consider the flip side: if it was about Timothée Chalamet's family taking in a gard student played by Alexandra Diddario and him making advances on her until she consented to a sexual relationship, movie screens across the country would be falling down as dumb guys tried to high Elio, and perhaps the most interesting aspect of the story is the fact that the various double standards of gender politics when it comes to sexual relationships really are that complicated. James Woods' Twitter attack against the film it was just as hypocritical and homophobic as it was accused of being, and there is absolutely no "sinister" agenda attached to this film beyond the attempt to get an Oscar for a movie that simply isn't anything that special, but it's hardly the first film to do that and it won't be the last. But given that we've so recently had one of Hollywood's most distinguished careers destroyed by not only being accused of pedophilia but of perpetuating the ignorant stereotype of a correlation between homosexuality and pedophilia, you don't have to be a bigot to feel have some qualms about this, and unfortunately the serious miscasting of Hammer as Oliver is the primary reason for this issue.

Director Luca Guadagnino (I Am Love, A Bigger Splash) makes the most of the lush Italian setting, and the cinematography by Sayombhu Mukdeeprom is gorgeous, and while much of that is attributable to the locations, the use of natural lighting and the color palate is exquisite. Visually, the two have certainly created a very pleasant painting. But it's also rife with visual clichés (I genuinely laughed aloud at the passionate sex scene that ended with the obligatory slow pan away from the couple, wondering vaguely if Guadagnino just assumed a roaring fireplace was going to appear for his camera to suggestively come to rest on, but instead it just ends up in the bathroom.). And as if the film wasn't pretentious enough on it's own, Sufijan Stevens' smugly melancholy love theme Visions of Gideon can best be summed up by the actual question about I read from a serious fan on a music message board: "Obviously this is a heartbreaking love song, but like, what do the words mean?"

In the end, there is plenty of room for debate about the age issue, but it would feel a lot more worth arguing about if the relationship between these two young men felt genuine, interesting, sincere, sexy or frankly anything other than what it really is: the forced machinations of talented young thespians going for the gimmick that is expected of them to get awards consideration. James Woods isn't the only homophobe in Hollywood, and if we want to truly fight it, perhaps we need look at whether are contributing to it. We aren't helping matters by continually treating kissing another man as if it was the Ultimate Challenge on Fear Factor For The Serious Actor, and by falling all over ourselves praising every "bold and brave" male lead who does what every young actress in Hollywood already spends half her career doing: kissing people on screen she doesn't find remotely attractive in real life.

While there is too much that is worthwhile about Call Me By Your Name to just dismiss it off hand, it's just not worthy of the attention it has been getting on any end of the spectrum, and it's is a lot more interesting to talk about than it is to watch. Truthfully, at nearly two and half hours, it's a self important slog that only occasionally rises above its many failings.