Laura Dern Reveals Spielberg Told Her Not To Have Plastic Surgery 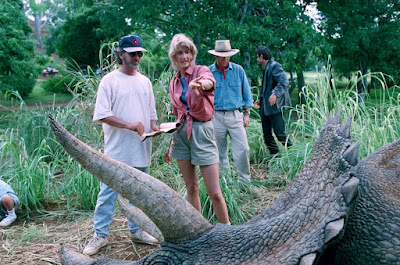 Laura Dern has revealed Steven Spielberg told her to avoid plastic surgery on her face.  Dern said she was given the advice when she was 23 and right before a close-up shot for the Spielberg directed, Jurassic Park.

"When I was 23, right before a close-up on 'Jurassic Park', Spielberg said to me, 'People will tell you what you could do to your face years from now. Don't you ever touch your face.'

Laura Dern revealed the story during an interview for Vulture and adds that she is grateful for the advice from the director.

"He was saying, 'Your face is perfect, it's female, it's emotional'. I am determined to be human in my acting, and when you own your power and your womanhood, you grow into your beauty. Your face finds you."