John Williams Said He Would Like To Complete The Score For Star Wars IX. 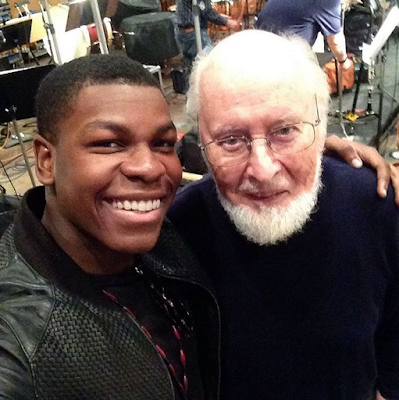 John Williams has said in an interview with Variety that he would like to return to score Star Wars IX.  J.J. Abrams will be directing the last in the third trilogy and Williams has told the director his intentions for the movie.  Variety says:

While the entire conversation was not detailed, Williams did say, “I would very much like to complete that.” By scoring the ninth installment of the Skywalker saga, Williams will be the sole composer on all three Star Wars trilogies.

Williams says he has no plans to retire. “I don’t think you can retire from writing,” he says. “I feel very lucky, and the work that I do doesn’t depend on much. If your vision’s still good, and your hands — I have no arthritis in my hands and I play the piano very easily — I don’t think there’s any reason to deprive oneself of the fun of working. Music is so rewarding.”

Those are careful words from Williams, “I would very much like to complete that” and doesn't feel like a confirmation the composer is on board for the whole soundtrack.  Perhaps he is doing the same as 'Solo' and writing one piece for the movie.  I hope I'm wrong but from that interview I didn't get the 'I'm on board for the whole movie' vibe.  Hope I'm wrong and looking too deep into the words used. What do you think?