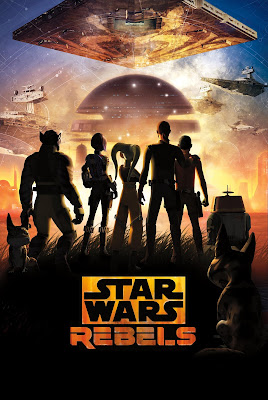 The beginning of the end starts MONDAY, FEB. 19 (9:00 p.m. EST) when the critically-acclaimed animated series "Star Wars Rebels" returns to Disney XD with new episodes as the series nears its grand finale.  The final episodes will unfold over three weeks, with two back-to-back episodes premiering every Monday night on Disney XD, until its epic 90-minute conclusion on MONDAY, MARCH 5 (8:30 p.m. EST).

As teased in a new "Star Wars Rebels" trailer, Emperor Palpatine makes his series debut in these final episodes, voiced by actor Ian McDiarmid who reprises this iconic role from the "Star Wars" live-action films.