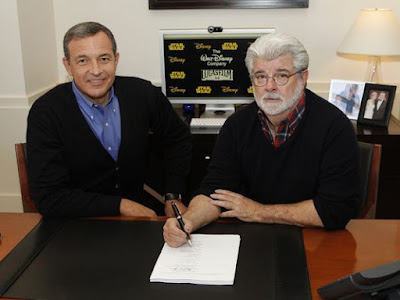 After three Star Wars theatrical releases, Disney have now earned their money back from the purchase of Lucasfilm.  Who would of thought it would only take three movies?  Well when it comes to Star Wars it's no surprise.

Disney back in 2012 bought Lucasfilm for a whisker over $4 billion in cash and stock.  As of January 1st the numbers are:

*At the time of writing this The Last Jedi is still released at cinemas so the box office takings is likely to rise.

That's an impressive investment from Disney and that's without even touching the other franchises such as Indiana Jones and not taking into account toy sales.  It's all profit from here on in.