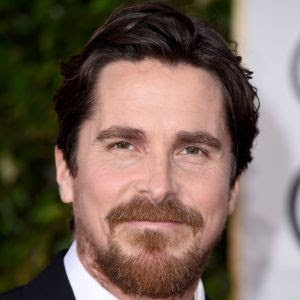 Welshman (Oops, I'm on his hit list now) Christian Bale has admitted he was very close to appearing in a Star Wars movie and hasn't ruled it out for a future release.  Speaking to Collider he said:

"Yes, [it was] very tempting," Bale said. "I not only love the films going back to my childhood but also have a very long relationship with Kathleen Kennedy and Frank Marshall because they did Empire of the Sun many years back. There was discussion, [and] I hope there will be future discussions."

Actually in the article it's revealed that Bale was considered for May's Solo: A Star Wars Story.  That bit of news is actually unofficial but from a reliable source at THR.

Bale also mentioned how much of a Star Wars fan he is:

"Star Wars I’m a huge fan. Yeah Star Wars really interests me. I’ve still got the Millennium Falcon, I’ve got the AT-AT. My daughter, her first love was Darth Vader. She absolutely adored Darth Maul. [She] stood near him at Disneyland and he growled and he’s got those teeth and he stayed in character, really wonderful performance, and she was teeny and I thought, ‘This is gonna scare the crap out of her, this is such a bad idea.’ And then she stopped and she said, ‘Daddy, I’m in love.’”

What do you think?  Do you think Welshman (I did it again) Christian Bale would be a welcome addition to the Star Wars Universe?  Let us know in the comments.